A person died in an early Monday morning stabbing in San Jose right across from City Hall, police said.

Authorities believe Manuel Avila, 40; Gregory Messenger, 25, and 45-year-old Cynthia Alvarez are responsible for the murder of 39-year-old David Perez. All of the suspects are residents of San Jose as is the victim.

On Monday at around 5:09 a.m., officers responded to the area of N. 6th Street and Santa Clara Street on reports of a stabbing incident. When officers arrived they found Perez suffering from at least one stab wound. He was transported to a nearby hospital where he died a short time later. 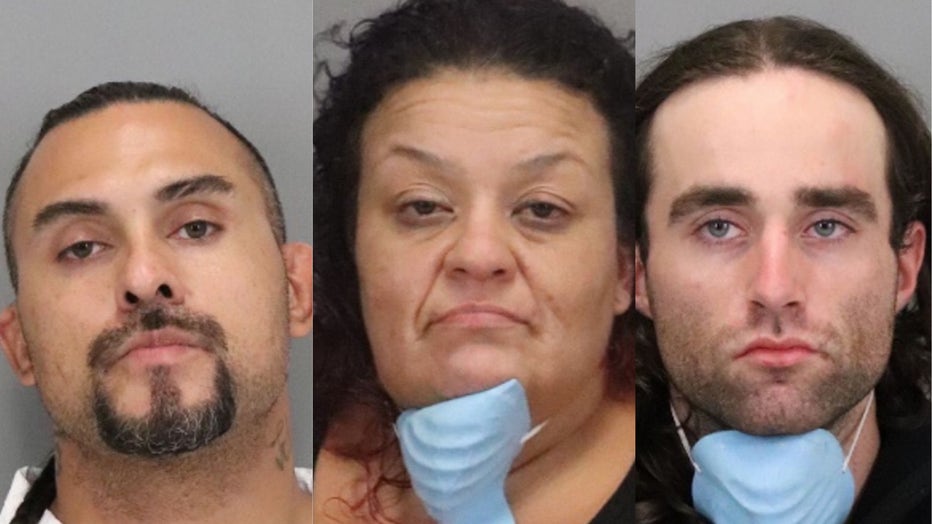 In this photo provided by the SJPD, Manuel Avila, 40, is shown left; Cynthia Alverez, 45, appears in the middle; 25-year-old Gregory Messenger is shown left.

Detectives obtained murder warrants for the suspects and on Tuesday they were taken into custody. The suspects were booked into Santa Clara County Jail for murder.

Perez's death was San Jose's 29th homicide of the year.