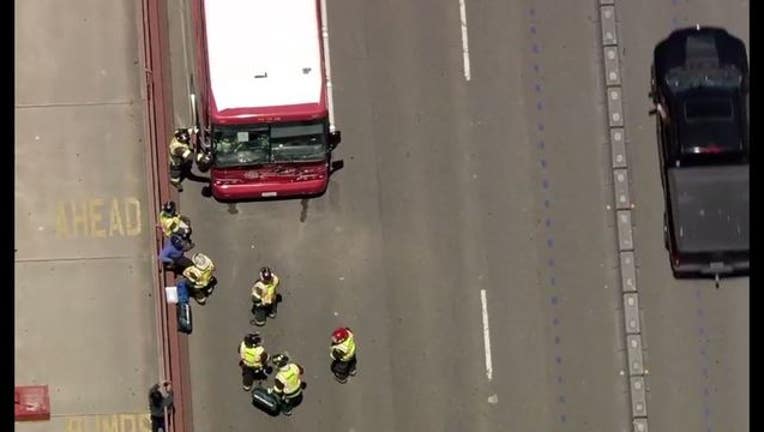 SAN FRANCISCO - Seven people were transported to hospitals with minor injuries after a three-vehicle collision involving a tour bus on the Golden Gate Bridge this afternoon, according to the California Highway Patrol.

The crash was reported in the southbound lanes of the bridge at 12:42 p.m.

The bus was coming back from a casino when it rear-ended two passenger vehicles, according to CHP Officer Andrew Barclay.

All lanes of the roadway had been cleared by roughly 1:30 p.m.