KTVU's Jesse Gary reports on what we know so far, including new information about the alleged gunman, as investigators continue to comb through the scene of the Thursday night shooting.

SAN JOSE, Calif. - Another mass shooting has shattered an American community. This time, the deadly gunfire took place a FedEx ground plane facility in Indianapolis. Nine people are dead, incluidng the gunman. Four of the victims are members of the local Sikh community.

"To wake up this morning, and see a shooting of our community members in America, it’s too much," said Reena Kaur Sekhon, a Sikh community activist in the South Bay.

She said the pain from Thursday’s massing shooting in Indianapolis is both familiar and unwelcome.

Investigators said around 11 p.m. CT, 19-year-old Brandon Hole pulled into the FedEx facility parking lot in Indianapolis, got out and started shooting. 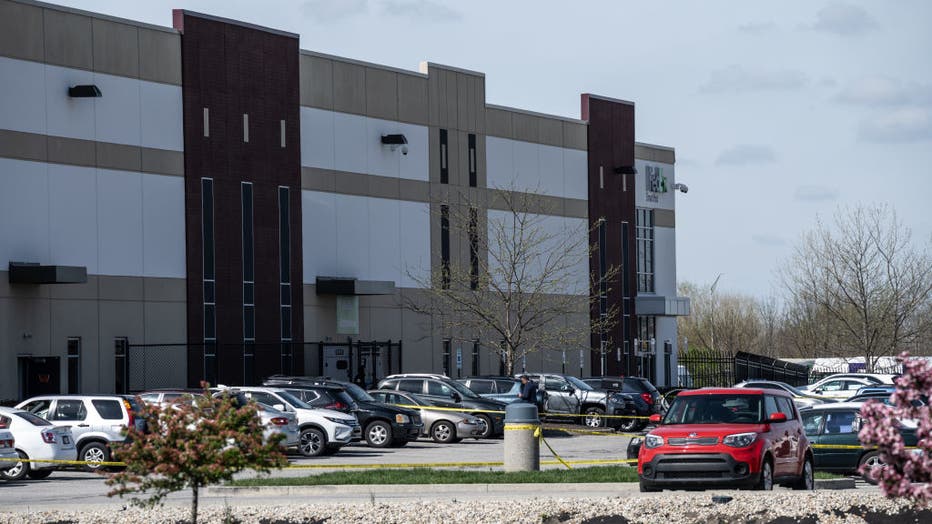 INDIANAPOLIS, IN - APRIL 16: Vehicles, investigators, and police caution tape can be seen in the parking lot of a FedEx SmartPost on April 16, 2021 in Indianapolis, Indiana. The area is the scene of a mass shooting at FedEx Ground Facility that left

"My wife works in there and she texted me to tell me there was an active shooter," said the husband of a FedEx employee who was inside the building at the time.

By the time responding Indianapolis police arrived at the scene, the alleged shooter was dead, and so were more than a half dozen people.

"Officers received information of a male walking through the parking lot shooting a rifle. Responding officers received additional information that a man shooting a weapon entered the building and multiple people were shot at the location," said Dep. Chief Craig McCartt of the Indianapolis Metropolitain Police Dept.

When the violence was over, eight victims were dead, and at least seven others were wounded. Detectives say Branden Hole took his own life. 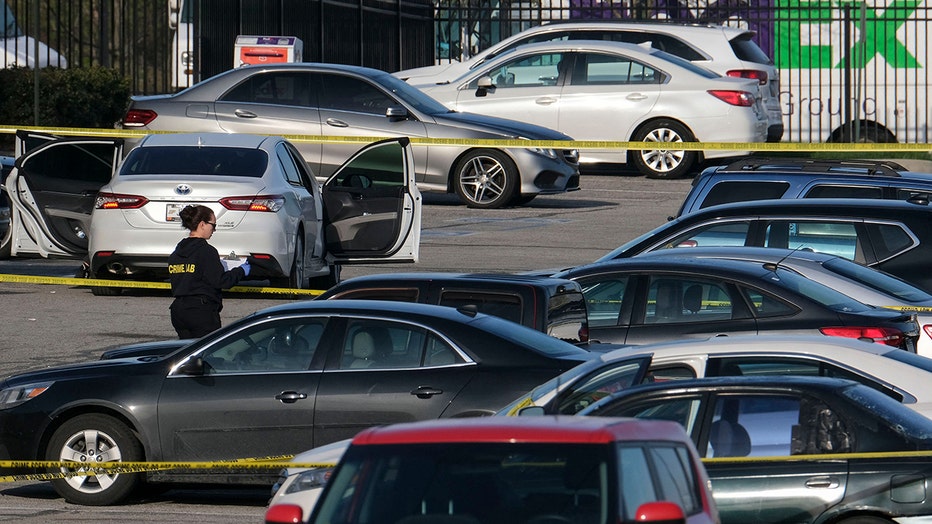 A crime lab technician (L) works in the parking lot of the site of a mass shooting at a FedEx facility in Indianapolis, Indiana on April 16, 2021. - A gunman has killed at least eight people at the facility before turning the gun on himself in the la

"No piece of information will restore the lives that were taken," said Mayor John Hogsett.

This is the sixth mass shooting in the United States in the past five weeks. Some experts told KTVU Americans suffer from the onslaught of chronic traumatic experiences in 2021.

"After a while you get kind of anesthetized to it it’s kind of what we call learned helplessness," said Dr. Thomas Plante, a Santa Clara University psychologist.

For people in Indiana, and around the country, it’s a familiar call they hope will finally lead to some type of change..

"There’s nothing you can say to somebody who has lost a member of their family who is never coming back. There are no words of comfort. Nothing will ever give them solice. But the only thing we can do is to stay on the front lines of this issue," said Kaur Sekhon.

There is a candlelight vigil at 7 p.m. Friday at the San Jose Gurdwara, 3636 Gurdwara Ave.