According to an August survey conducted by the U.S. Centers for Disease Control and Prevention, 40% of Americans are struggling with mental health or substance abuse issues as the coronavirus pandemic continues.

LOS ANGELES - The COVID-19 pandemic has made Zoom calls and other digital video meetings commonplace in society, but a new survey finds this technological advancement could also be impacting a person’s self-esteem.

In a new survey by Advanced Dermatology, researchers surveyed 1,450 Americans between 18 and 68 years old who regularly spend time on video calls.

The goal: to better understand how people are affected by these screens.

"The impact of seeing ourselves under the harsh scrutiny of Zoom is undeniable," the company revealed.

The survey found 85 percent of individuals said that seeing themselves on video calls made them more self-conscious about their appearance, and 73 percent said they’re less happy with their appearance now than before the pandemic.

The researchers noted the specific features people said they focused on. People report they were most self-conscious about bags under their eyes, their forehead, and their teeth. 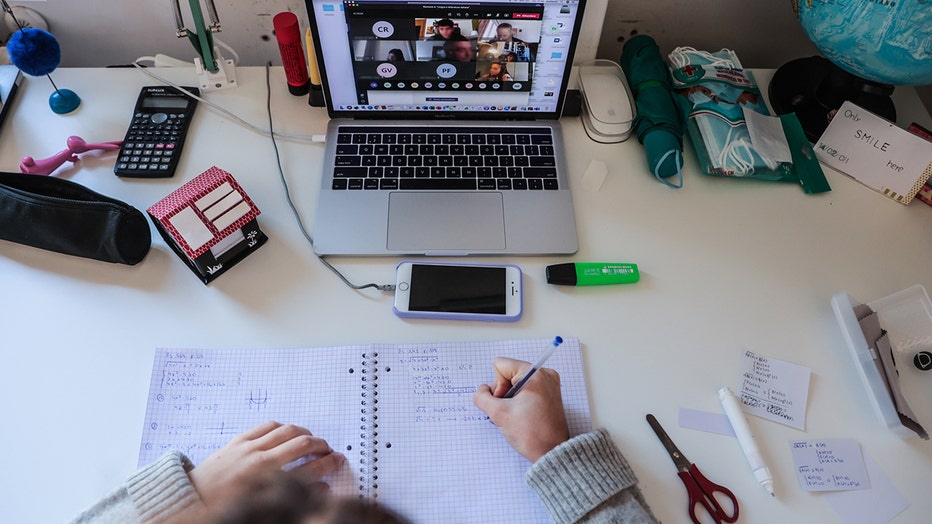 Rome student attending school lessons from home, by videoconference with the other students of the class. (Photo by: Cristiano Minichiello/AGF/Universal Images Group via Getty Images)

The fact of the matter is, it’s very difficult to not look at yourself on video calls. Our screens effectively become mirrors. Imagine trying to sit in front of a mirror without looking at yourself. Of those we surveyed, 83 percent admit they stare at themselves "a lot" on video calls. People usually fixate on their own eyes, hair, and forehead more than anything else," the survey authors wrote.

The researchers also found those who participated in virtual meetings compared their own faces to others.

The survey found 78 percent of people have compared their own faces to coworkers’ faces during a virtual meeting, and three in four workers admit they stare at people more in virtual meetings than they would in person, since the dynamic is different.

And despite the jokes about the ability to wear pajamas or no pants while on camera, 87 percent of those surveyed said they check their appearance before joining any video call and 60 percent use the "touch-up" feature to enhance their appearance when it’s available.