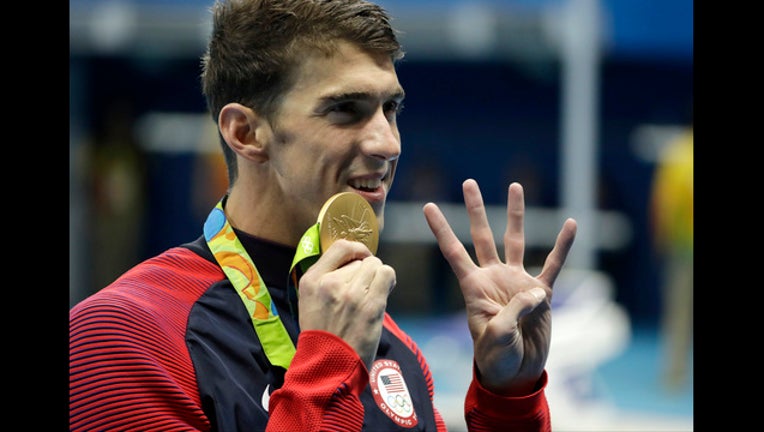 Rather handily at that.

The most decorated athlete in Olympic history couldn't pull off one of his patented comebacks in the 100-meter butterfly, easily held off by a swimmer a decade younger than Phelps.

Twenty-one-year-old Joseph Schooling of Singapore got off to a blistering start, building a lead that not even Phelps could overcome.

After winning four gold medals at these games and looking unbeatable, Phelps finally ran out of steam in what was the final individual race of his career unless he decides to come out of retirement again.

Phelps still has a chance to leave Rio with 23 golds in his career. But he'll have to do with some help from his teammates, swimming in the butterfly leg of the 400 medley relay on the final night of swimming on Saturday.

Phelps settled for silver along with two longtime rivals, Chad le Clos of South Africa and Laszlo Cseh of Hungary. They all touched in 51.14 -- a half-body length behind Schooling's winning time of 50.39.

While Phelps' loss left the crowd in shock, Katie Ledecky restored some normalcy at the pool with another dominating performance, handily break the world record in the 800 freestyle.

Ledecky joined Debbie Meyer as the only women to sweep the three longer freestyle events at the same Olympics. Meyer took the 200, 400 and 800 at the 1968 Mexico Games, and Ledecky matched that performance with a couple of world records as well.

Ledecky was merely racing the clock as she powered away from the field to touch in 8 minutes, 4.79 seconds, eclipsing the mark 8:06.68 that she set at a grand prix meet in Texas back in January.

Then, Ledecky played the waiting game, hanging on the rope for a while to let the rest of the field finish.

Jazz Karlin finally touched in 8:16.17 to claim the silver, just ahead of Hungary's Boglarka Kapas grabbing the silver in 8:16.37.

Some 23 seconds after Ledecky touched the wall, the last of the eight finalists finally got to the end of the grueling race.

Maya DiRado gave the Americans another gold, pulling off a furious rally on the final lap to upset "Iron Lady" Katinka Hosszu of Hungary.

Hosszu settled for silver, denied in her bid for a fourth gold in Rio. The bronze went to Canada's Hilary Caldwell.