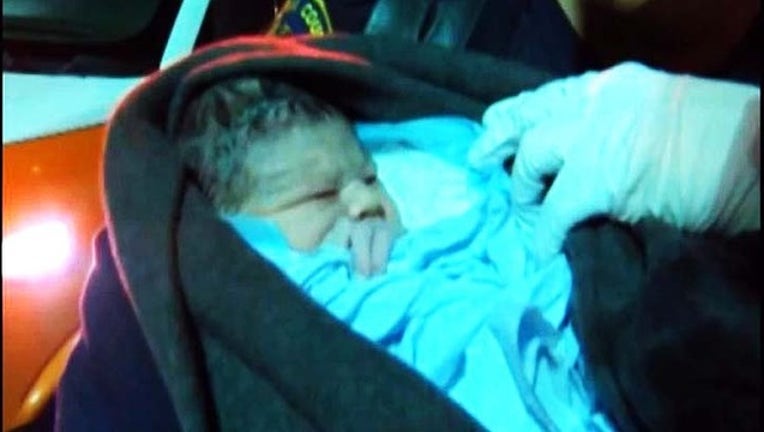 BAKERSFIELD, Calif. (KTVU) – When Taco Bell announced they were going to begin a delivery service, the chain certainly didn’t have this in mind.

A Bakersfield couple was on their way to the hospital early Tuesday morning when the mom-to-be realized the baby was on its way.

But before the crew could arrive, the child’s grandmother helped deliver a healthy baby boy in the passenger seat of the car as the expected father looked on.

“He (the father) was kind of shocked and surprised but at the same time had a huge smile on his face that he couldn't wipe off,” said Kern County firefighter Patrick Snowling.

At last report, mother and baby were doing well.