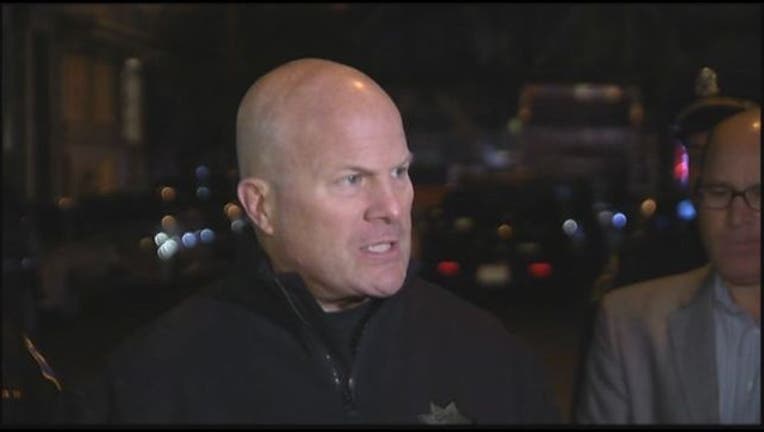 SAN FRANCISCO (BCN)— A small group of activists began a hunger strike Thursday outside San Francisco's Mission Police Station, saying they would not eat until police Chief Greg Suhr is either fired or resigns in response to recent police shootings.

Members of the Black & Brown Social Club today said they planned to stay in front of the station, consuming nothing but liquids.

"This is just a really deep issue and it shows no sign of letting up and we just need to do something radical," said Ike Pinkston, a hunger strike participant and member of the club.

"I'm not naïve, I know that not every cop is a bad cop but they're all part of the same brotherhood," Pinkston said. "The good cops don't speak up about the bad cops."

Ilyich Sato, also known as the rapper Equipto, said the hunger strike was something that he and others had been seriously considering for a while now.

"I come to you as a son of San Francisco that's fighting for justice," he said. "This is not a joke, this is my family involved, this is my life."

Suhr has been dogged by repeated calls for his resignation from activists since the Dec. 2 fatal police shooting of Mario Woods in the Bayview District.

Woods, who police allege was armed with a knife and was a suspect in a stabbing that occurred earlier that day, was surrounded and shot by five officers near a busy Municipal Railway stop.