Chinedu Okobi, 36, was stopped in the 1400 block of El Camino Real in Millbrae on Oct. 3, 2018 for jaywalking.Okobi crossed the street outside of a crosswalk apparently to get away from Deputy Joshua Wang. Several other deputies then approached Okobi

SAN MATEO, Calif. - Activists in San Mateo County are seeking greater oversight of the sheriff's office and asking the county's Board of Supervisors to create a new citizens' oversight body that would be able to compel records from the sheriff.

The efforts stem from continued controversy over the death of Chinedu Okobi in October 2018. Okobi was confronted by sheriff's deputies for jaywalking in Millbrae. The deputies then violently took him into custody using a Taser stun gun, pepper spray and batons.

The deputies who killed Okobi were cleared of any criminal charges and an internal investigation found that their actions were within the current policy.

Okobi's death was the third death by Taser in the county last year. The Okobi family and other advocates have called for a moratorium on Taser use in San Mateo County.

The sheriff's office has resisted calls to discontinue Taser use but is revising its use of force policy, including its Taser policy, and is expected to formally adopt the revised policy later this month.

But activists say it doesn't go far enough and are calling for the new citizens' oversight body for the sheriff's office.

"Where there's a will to do something like that, the way will be made," said the Rev. Lorrie Carter Owens, president of the NAACP San Mateo branch, which has been pushing for the new oversight body.

"We're hopeful that the sheriff's department would be supportive of this, it's one more way for the sheriff to work with and not be perceived to look like he's working against the community," Owens said.

Owens said that the NAACP was still investigating the legal framework for how to implement the change and is looking as an example to Santa Clara County, which recently implemented its own independent monitor for the sheriff's office.

She argued that the oversight body could study new technologies and policies before they're adopted and make recommendations that could proactively prevent problems.

"We want to try and head off issues rather than wait until we have another problem like the Chinedu Okobi situation to react," she said.

But the San Mateo County Board of Supervisors, which only oversees the sheriff's budget and otherwise has little oversight role of the agency, may be reluctant to take on a more supervisory relationship with the sheriff's office.

Owens said that so far she has found that the Board of Supervisors is "absolutely reluctant to create a citizen's oversight committee for the sheriff's office with subpoena authority."

"We haven't been given a reason what this reluctance is based in," she said.

When asked by Bay City News whether they supported a new citizens' oversight body, only one of five of the county supervisors, former Sheriff Don Horsley, responded to say that he unequivocally opposed the idea.

"I just don't think that having an oversight body adds anything other than more conflict and I don't think it would have solved anything" in Chinedu Okobi's case, Horsley said.

Horsley said that in addition to the use of force policy changes, the sheriff's office has added implicit bias training and the county has expanded its mental health outreach.

"It's understandable why the sheriff's deputy thought they had to stop him," Horsley said. "I think the response that both we took and the sheriff's office after addressed a lot of the concerns of the NAACP." 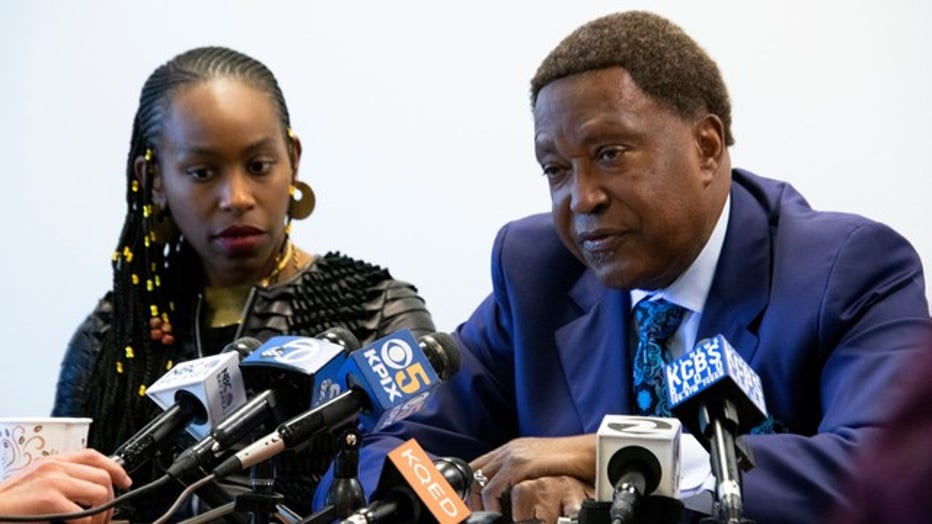 But attorney John Burris, who represents the Okobi family, has called the basis for the initial stop into question and suggested it was a case of racial profiling.

The Okobi family has also questioned why the sheriff's office released an inaccurate statement that mischaracterized both the basis for the stop, saying Okobi was "running in and out of traffic," and the justification for the use of force, saying that Okobi had punched a deputy, prompting the Taser use.

When the video was released by the district attorney's office months later, it showed both statements to be false -- Okobi was walking on a sidewalk and crossed the street outside of a crosswalk. He punched a deputy only after he had been Tased. Once the video was released, the sheriff's office acknowledged that the initial information released was false.

Horsley said that he thinks that the sheriff's office has been transparent through the investigation and was unconcerned that it took five months for the inaccurate information to be corrected.

"I think it was good of them to correct the statement," he said.

The sheriff's office provided a revised draft this month, weeks before it was scheduled to be adopted. The American Civil Liberties Union wrote a letter in response to the revised policy citing several deficiencies that they say remain in the policy.

The ACLU also pointed out that the policy also does not provide guidance in using Tasers on people who may suffer from medical conditions that put them at greater risk of death. It does not forbid the use of carotid restraints, a restraint similar to a chokehold that is intended to cut off blood flow to the brain.

"We are concerned that unless these suggestions are incorporated into the Policy, unnecessary deaths in San Mateo County resulting from the use of force will continue to occur," ACLU of Northern California senior staff attorney Sean Riordan wrote.

The ACLU plans to send the letter to the county on Friday and the sheriff's office is expected to formally adopt the new policy later this month.