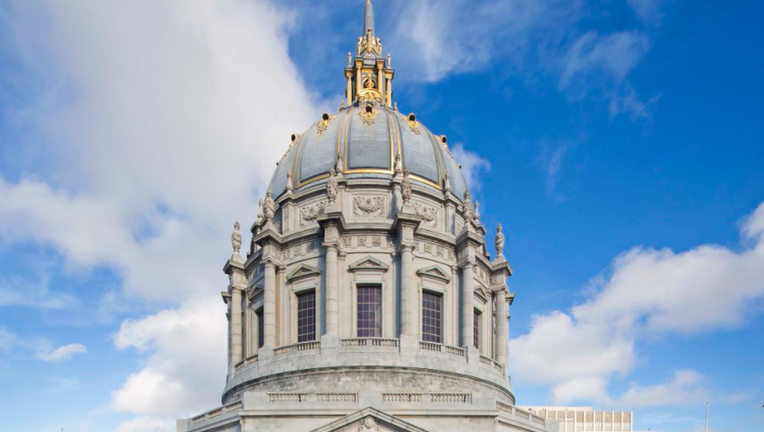 SAN FRANCISCO - Leaders of San Francisco's African American community are calling on the city's Board of Supervisors to use the income from hotel and marijuana taxes to fund reparations.

According to the NAACP San Francisco branch, the reparations would be used to make amends for the city's historic injustices against its black residents.

"Here we are at the end of 2019 and in San Francisco Blacks are still suffering from the fallout of the human degradation of slavery and the treatment of their ancestors as tools and not human beings," said the Rev. Amos Brown, the San Francisco NAACP's president and pastor of the Third Baptist Church.

The NAACP is asking the city's supervisors to use hotel and marijuana taxes to fund four specific initiatives for the African American community.

The initiatives include creating wrap-around services for the city's African American public school students, who the NAACP says face different challenges than their peers like depression and other mental health issues as a result of violence in their community. Wrap-around services would include tutoring and mentoring programs to ensure students can succeed in the academic world.

The NAACP is also asking that the taxes be used to help former African American San Franciscans who were forced to move to neighboring communities due to gentrification and urban renewal.

Additionally, the taxes would fund a new housing lottery system that would give African Americans preference for housing in non-profit developments, public housing and affordable housing.

Lastly, the NAACP is asking that the taxes be used to create a "vibrant black community" in the city's Fillmore neighborhood, which the organization said has been devastated. The funds would be invested in both the private and public sector to help create thriving businesses in and around the Fillmore Heritage Center.

Maddie Scott, who lost her son to gun violence in 1996, said, "San Francisco at that time, particularly Western Addition, was filled with families, thousands of families, that lived here and worked here and paid taxes here.

"And then the violence happened. The guns and drugs were dumped in our neighborhoods and that's when all hell broke loose. And now here we are, 22 years later, and families now can't even afford to live here," she said.

"We're not immigrants, we came as slaves on slave ships," she said. "Everyone deserves the right to be here and have the pursuit of happiness, so the time is now that we get what we deserve."

Dan Daniels, the NAACP's coastal area director, said of the city's African American population, "Right now the numbers are so low. And it's all by design. They've done it through racism, through rent control, through other initiatives that have been designed, allegedly designed, to improve the quality of life for citizens of San Francisco, but it has not helped Black folks. The majority of black folks that live here are on welfare and struggling and being forced out of a community that most of them grew up in and were raised in.

"Now is the time, we cannot continue to watch our children be flushed down the toilet, because that's what's happening," he said.