KTVU's Henry Lee reports on Stuart, a cat who was badly injured by a San Pablo house fire.

SAN PABLO, Calif. - The race is on to help a woman in the East Bay who’s lost almost everything she owned in a house fire except one of her beloved cats.

But that marmalade cat, Stuart, is racking up steep medical bills, so a concerned veterinarian is trying to raise funds for his care and get owner Laura Ostrout back on her feet.

The trouble began for Ostrout, 54, when a fire broke out at her San Pablo home on March 30 leaving it badly damaged and uninhabitable.

Besides leaving Stuart in need of major medical care, another cat Isabella died from the fire and a third, Mouse, is missing.

Ostrout said of the cat that died, "I had to look at her laying in the street, dead for a while, until somebody covered her up. It's like looking at my child."

At one point, Ostrout said she considered putting her injured cat down because she couldn't afford the vet bills.

Touched by Ostrout’s heartbreak, a veterinarian in the East Bay is looking to help.

This photo shows Stuart, a cat who was badly injured by a San Pablo house fire. His owner Laura Ostrout needs help paying for his medical care.

"Stuart is the only thing left Laura has," said Desiree Owen, who works at the clinic, said in an email to KTVU. "It breaks my heart seeing this."

Ostrout, who is legally blind, has been living in a motel while her insurance company looks for a permanent place.

The fire at Ostrout’s home appears to have been caused by a tenant’s discarded smoking materials, the Contra Costa Fire Protection District said.

Ostrout’s homeowner’s insurance only provided $500 for the treatment of Stuart, whose bills are above $10,000, and the cremation of Isabella. 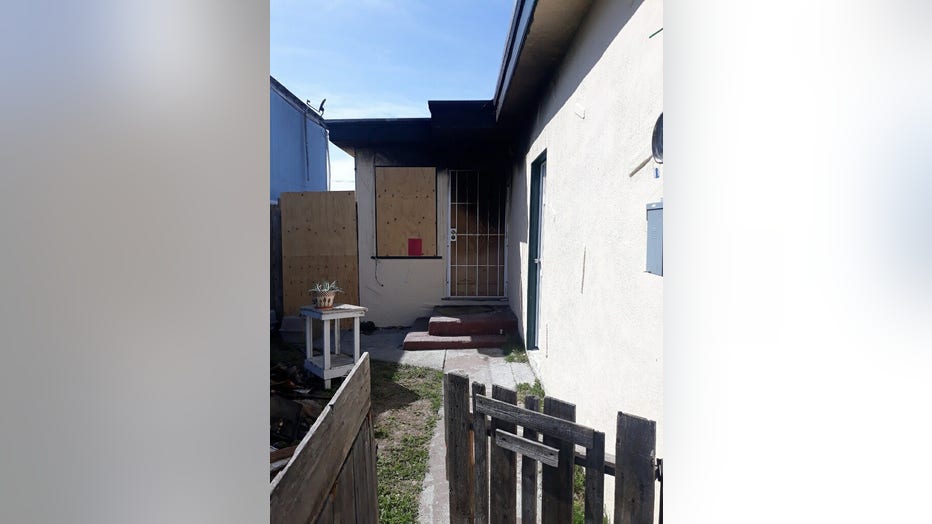 The San Pablo home of Laura Ostrout was damaged in a March 30 fire that appears to have been caused by a tenant's discarded smoking materials, authorities said.

"I only see the bills getting higher and higher," said Owen.

The silver lining to the story is that Stuart appears to be recovering.

"I am hoping to bring some relief to this owner who loves her cat dearly," said Owen. "He is not out of the woods but looks positive."

Owen has set up a GoFundMe to help pay for Stuart's bills.