PITTSBURG, Calif. - After more than a year of hassling with the EDD to get his unemployment insurance, an East Bay roofer finally got his full backpay with one well-placed phone call.

"It's awesome," said William Anderson, 52, of Pittsburg. "I'm so glad it was finally straightened out. Until now, I feel like I've been just jerked around."

And while the situation worked out for Anderson, it raises questions about why his problems with the Employment Development Department couldn't be solved through regular channels but remedied in less than a day with some help from people in power. And experts say the current system is unsustainable for the millions of unemployed Californians who still need help. 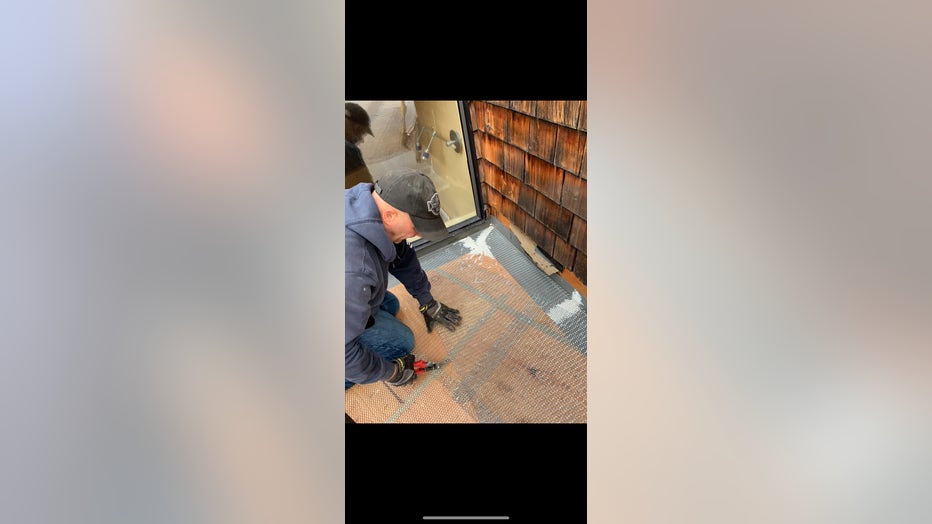 The EDD doesn't comment on individual cases and but said in a statement: "We understand how frustrating and difficult navigating the unemployment insurance system has been for some people." The agency noted that unemployment insurance is one of the "most complicated benefit programs in California," with state statues, regulations, judicial opinions alongside federal rules that "all come into play in determining payments."

Doling out an unprecedented $176 billion, more than four times what was paid during the worst two years of the Great Recession, has been a real challenge, the EDD stated.

"We had to build the airplane while we were flying," the statement said, without specifically answering the question why problems seem to somehow get fixed much faster when a legislator's office gets involved.

He had been laid off from his roofing job in June 2020 and had a series of EDD blocks to his claim:

First, they got his name wrong. (They had him as Billy when his name is William.)

Then, they erroneously told him he didn't qualify because they said he owned a business. (He doesn't.)

They also told him he didn't earn enough money to qualify. (He did.)

Next, asked him to prove his residency. (He sent in all the proper documentation and bills showing where he lived.)

And most recently, the EDD sent him a notice saying his claim was being held up but the agency didn't state why.

At that point, Anderson said he was "beyond frustrated."

And so he reached out to KTVU for help. He also contacted the office of state Sen. Steve Glazer (D-Orinda.)

Glazer's office was able to rectify whatever Anderson's issue was in one afternoon.

"Helping constituents in need is an important part of my job," Glazer said in an email. "Unfortunately, we have had to intervene in more than 1,000 EDD cases this past year because of delays. Each case is a personal story of hardship. I’m glad we were able to help."

Lawmakers and their staffs have turned into reluctant EDD social workers during the pandemic, dedicating employees specifically to helping constituents with their EDD claims as the beleaguered agency has not been able to keep up with the onslaught of claims and phone calls.

The 52-year-old roofer still doesn't know what the final problem was. Or even how it was corrected.

"I just think all the paperwork was messed up," he said.

Michael Bernick, who is now a labor lawyer at Duane Morris and who served as EDD director for five years, said he wasn't surprised at this outcome at all.

The regular EDD agents are so overwhelmed, he said, and the specialized lawmaker EDD liaisons have some more time than the regular agents to pay attention to complex paperwork issues.

And that's most of the problem, Bernick said: "The system is too complex."

Hitting one wrong button on the online forms can hamper you for months. Even when claimants fill out everything correctly, sometimes the website ends up blocking further input.

"It's happened to me, too," Bernick said. "It's really hard to navigate."

And Bernick fears that while people like Anderson achieved success by calling his local senator or assembly member, these offices will also eventually get saddled with too many complaints and won't be able to help either.