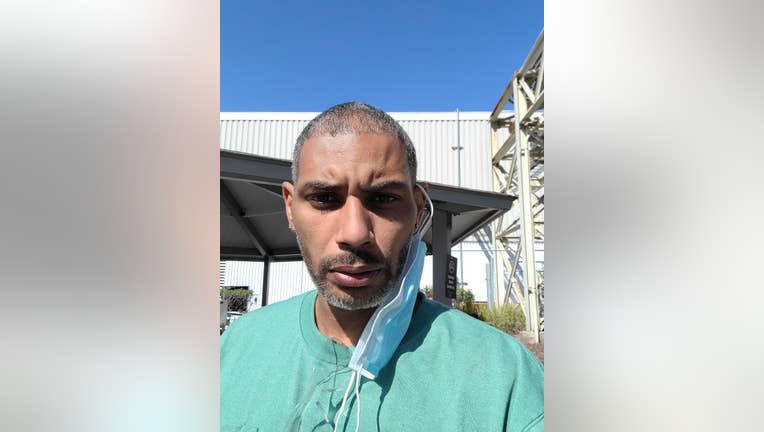 Desmond Sylva was laid off from Tesla in May 2020 during the coronavirus pandemic.

FREMONT, Calif. - Desmond Sylva, 39, was so frustrated about not being able to reach the Employment Development Department to find out why he wasn't getting his unemployment check after being laid off from Tesla in Fremont, he hired a bot.

"I was desperate," Sylva said. "It was a last resort. I knew for sure I wouldn't be able to get ahold of EDD."

And while the experts say they see why people would want to use the technological assistance, they also warn that overcalling the strapped EDD might just make it worse for everyone else.

Desmond Sylva, 39, was so frustrated about not being able to reach the Employment Development Department to find out why he wasn't getting his unemployment check after being laid off from Tesla in Fremont, he hired a bot.

He Googled a bot service and found one, to which he paid $50 over two days to dial the beleaguered state agency for him over and over again. For the uninitiated, a bot, or web robot, is a software application that runs automated tasks, like phone calls, over the Internet.

That is an average of about five calls per person, but experts say that the more likely scenario is that the majority of people called once or twice and that a smaller group of people might have called up to 100 times that week.

Since the pandemic began, 23.9 million claims have been filed and $167 billion has been paid out. 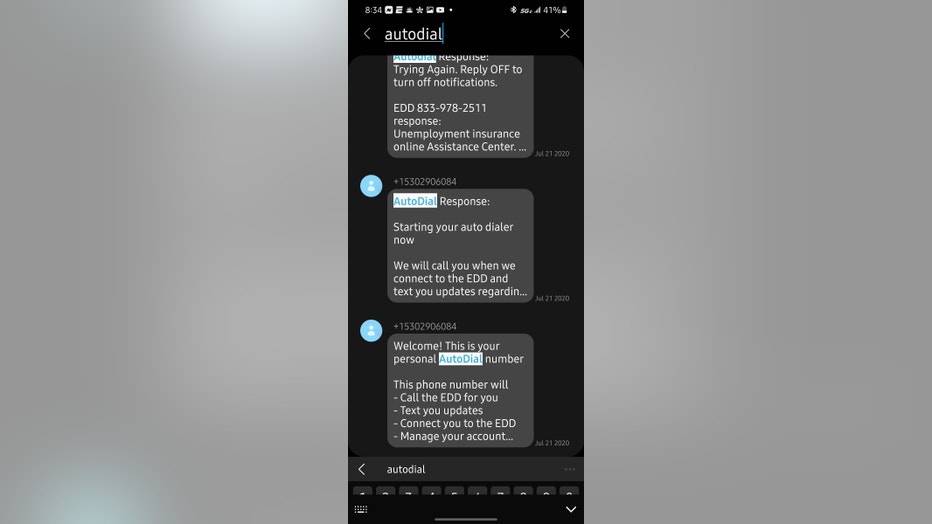 Eventually, the bot did get through and alerted Sylva via text that an EDD agent was on the phone, ready to speak with him. But it was the wrong department.

More than a year later, Sylva's claim has still not been paid.

He said the agency got the dates of his unemployment wrong and didn't have the company name "Tesla" on his form, which is holding up his payment.

He hasn't been able to resolve the discrepancies on his own, despite a settlement last month, where EDD must now stop its policy of freezing benefits for people whose existing claims have eligibility questions and instead must continue sending checks while they investigate the problem.

Despite that ruling, Sylva said the EDD employee he talked to wasn't able to resolve the problem.

But in general, the agency said in an email that they "never encourage folks to pay for services they can get for free."

"We understand how challenging it can be to get through to the call center and we are working hard to pay claims, resolve issues, and enhance our ability to serve our claimants – including providing valuable information on our website and in YouTube videos to address the most common questions we receive," the email stated.

The EDD also set up a customer call-back function where people who have waited more than 15 minutes in a queue can have the EDD call them back.

Plus, the EDD has its own chat bot known as "EDD Help"  that can provide answers to some of the most commonly asked questions.

None of those suggestions worked for Sylva.

And since he lives in Tracy, he said he also reached out to state Assemblyman Carlos Villapudua but has not yet heard back.

Cheever added that his office had a pretty good success rate of closing cases: To date, the assemblyman's district staff has been able to connect 990 constituents with the EDD and gotten their claims paid.

Sylva isn't the first person to use a bot for help.

And some fear that while they understand the desperate measures, the act of calling again and again might clog an already clogged system.

Companies like Autodial and Claimyr have cropped up, offering to help people just like him make the tedious phone calls to the EDD.

Michael Bernick, the former director for the EDD who is now an attorney for Duane Morris in San Francisco, called what Sylva and others have done is a "tragedy of the commons."

"For each individual it makes sense, and I would probably counsel someone to do the same thing," he said. "But collectively, this is not a good idea."