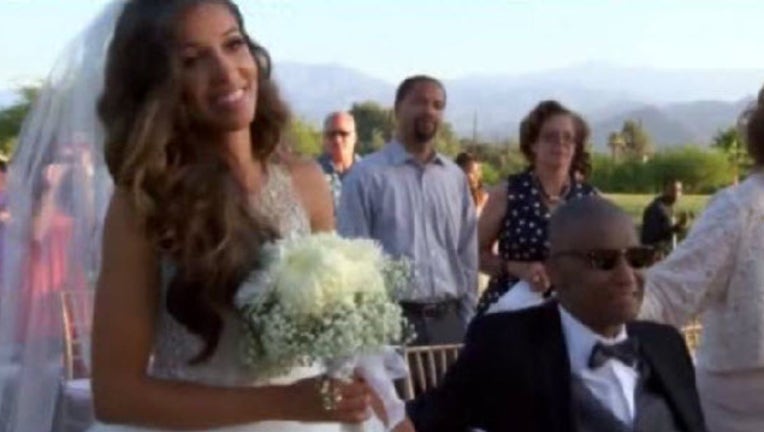 OMAHA, NE – Andre Pearson should have been excited for his daughter's upcoming nuptials, but instead he only felt disappointment.

Ailing from heart failure, he knew that he wasn't going to be able to be there for her daughter's big day.

But after a reevaluation, his healthcare team at the Mayo Clinic decided that Pearson was well enough to make the trek to Indio, California. His daughter's wedding was held at Desert Ridge Estate there.

"They told me they had a meeting earlier that morning and said that they came up with something so I could see my daughter's wedding. They told me they were going to fly me out here to California to see the wedding," he said.

His daughter Alexandra Price said that she was completely surprised to see her dad. "I knew he wasn't coming because I knew the circumstances and everything and I just feel shocked it feels like a dream kinda."

Pearson expressed a similar feeling. "I'm overwhelmed first and foremost, I didn't expect this to happen. I didn't expect to be here. But it's a good feeling to see my daughter, she said she hasn't seen her dad in two months which is true because I've been in the hospital that long. And I just feel blessed more than anything else and I give God all the glory."

And the very next day, he was able to walk his little girl down the aisle – something that he almost didn't get the chance to do.

It was a moment of fulfillment for both father and daughter.

"It was amazing since he wasn't supposed to be here it was just amazing to have him sickness and all here and it just made me feel really happy and whole and complete," Price said.

"But right now I feel good, I feel like a father who's doing what he's supposed to do," Pearson said.