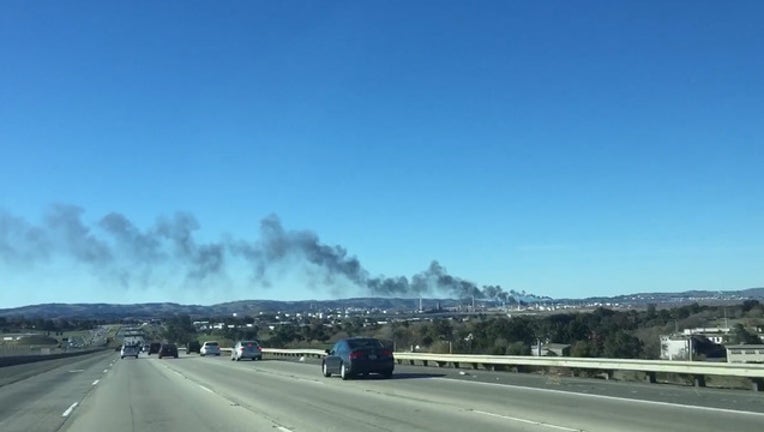 Tesoro Refining & Marketing Co. reached a $915,700 civil settlement with the Bay Area Air Quality Management District over a series of 51 notices of violation of local regulations issued in 2013 and 2014 for its refinery in Martinez, district officials said today.

"Bay Area refineries are held to the strictest air quality regulations in the country to protect the health of those in surrounding communities," district executive officer Jack Broadbent said in a statement.

The violations were logged at the Golden Eagle Refinery in Martinez, which has since been renamed the Andeavor Martinez Refinery. Tesoro

Refining and Marketing Co. is a sub-entity owned by Andeavor, an oil company headquartered in San Antonio, Texas.

Andeavor confirmed the details of the settlement, but admitted no liability in the process.

"Andeavor takes compliance with environmental regulations seriously and strives to comply at all times," Destin Singleton, a spokeswoman for Andeavor, said in a statement. "In all cases, Andeavor responded quickly to the cited incidents once they were identified, and has
taken corrective measures to avoid their recurrence."

Andeavor operates convenience stores and gas stations under a number of different brand names including Shell, Arco and Mobil, among others.