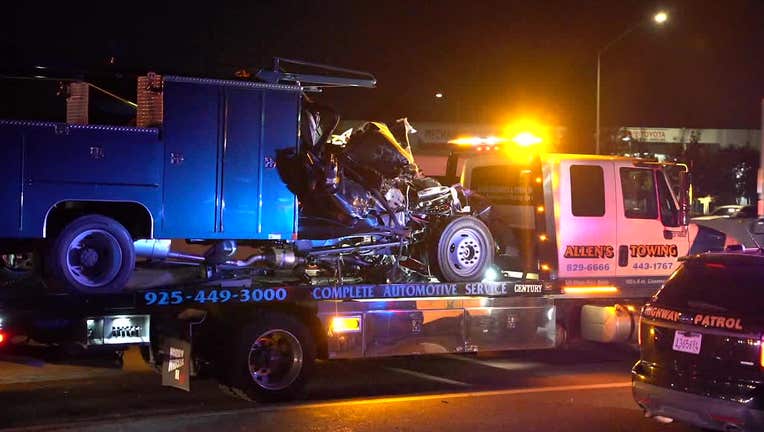 A "BRU" unit is put on a tow truck after Alameda County sheriff's deputy Mike Ziller crashed it on Nov. 10, 2022

OAKLAND, Calif. - The Alameda County District Attorney has charged a sheriff's deputy with two misdemeanor counts of driving under the influence stemming from a funeral gathering where he barbecued for the guests and then severely damaged a county-owned truck on his way home.

Deputy Mike Ziller has not yet entered a plea. His first court date is Jan. 17.

He does not have an attorney on record and he did not respond to an email seeking comment on Tuesday. He has been released from the hospital and was back at work last month.

Ziller was charged Dec. 8 with driving with a blood alcohol content level greater than the legal limit of .08.

According to the probable cause statement for Ziller's arrest, CHP Officer Shawn Landers wrote that he was called out on Nov. 10 to Interstate 580 at Greenville Road in Livermore about 6:45 p.m.

He found Ziller injured in the driver's seat in the county's Ford-450, which had been carrying the BBQ in the back.

Ziller is part of an informal unit at the sheriff's office nicknamed BRU, or the BBQ Response Unit, where employees and volunteers cook for staff events and memorials.

After paramedics extricated Ziller and placed him in a gurney, Landers said he asked him about the crash - Ziller had rear-ended a tractor trailer, too.

Landers said that he detected the "strong odor of an alcoholic beverage emitting" from Ziller and his eyes were "bloodshot and watery."

Ziller was "very short" with his answers, Landers wrote, and was mumbling. Ziller did acknowledge later to the CHP that he had consumed "two to three beers."

When Landers inspected the Ford-450, he found "two, hand-crushed Coors Light beer cans," lying on the driver's seat, according to the probable cause statement.

Landers then went to Eden Medical Center, where he said Ziller originally agreed to take a Preliminary Alcohol Screening, or PAS, test but then "respectfully declined."

He arrested Ziller for drinking and driving, and at that point, Ziller agreed to a chemical blood test at about 10:30 p.m. –  four hours after the crash.

Neither the DA nor the California Highway Patrol would release the exact BAC level, despite a public records request.

A separate report from the Alameda County Fire Department showed that Capt. Paul Liskey was the highest-ranking member of the sheriff's office at the scene. Liskey requested an air ambulance, which was later canceled, as Falk paramedics ended up taking Ziller to the hospital.

Ziller's injuries were first described as moderate. Co-workers said that when he returned to work about two weeks after the crash, he had a swollen welt on his forehead, but otherwise seemed fine.

The initial CHP report said the driver of the tractor trailer wasn't injured.

But KTVU found that trucker, who declined to speak on the advice of his attorney.

In a brief phone interview, however, the trucker stated that his leg still is in pain, more than a month later.

Capt. Ray Kelly said that after the DUI, an Internal Affairs investigation was launched, as is standard protocol.

On Tuesday, Kelly emailed with this response: "The IA is still ongoing."

Deputies convicted of DUI misdemeanors can still work for law enforcement, but internal discipline can range from work transfers to termination.

Alameda County has denied KTVU's Public Records Request to determine the financial damage to the Ford-450 from its risk management division, saying that the sheriff and the CHP are "both actively investigating" the accident. 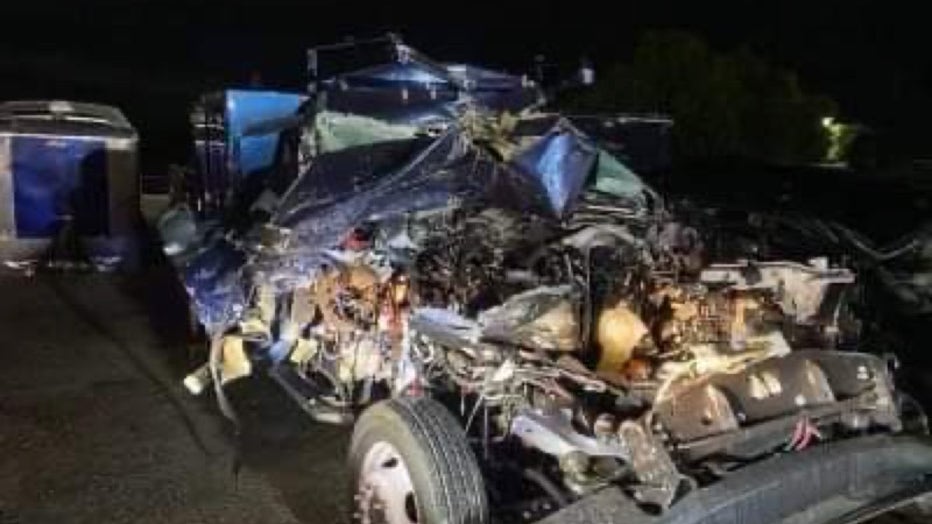 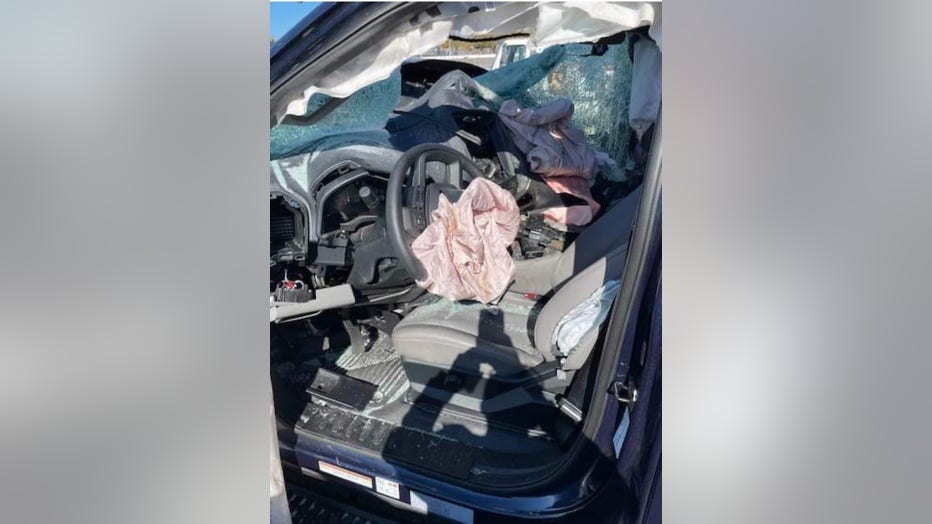 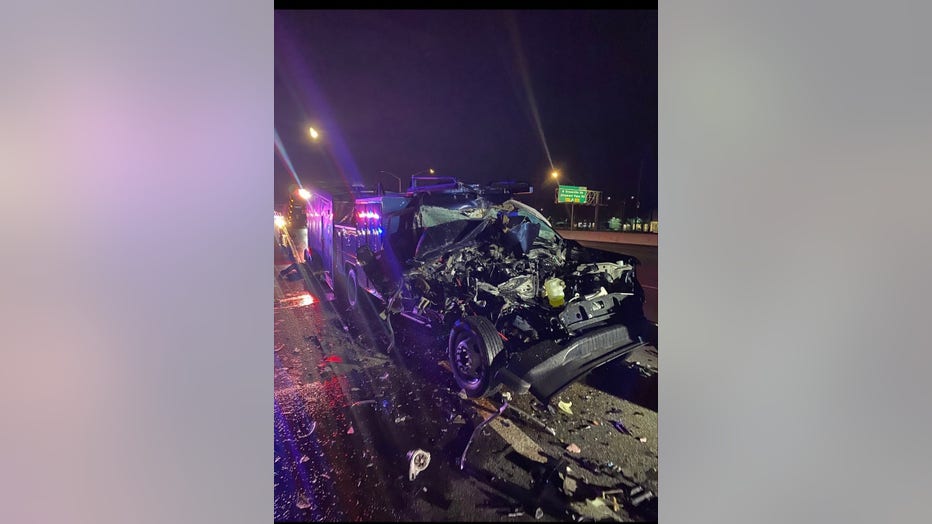 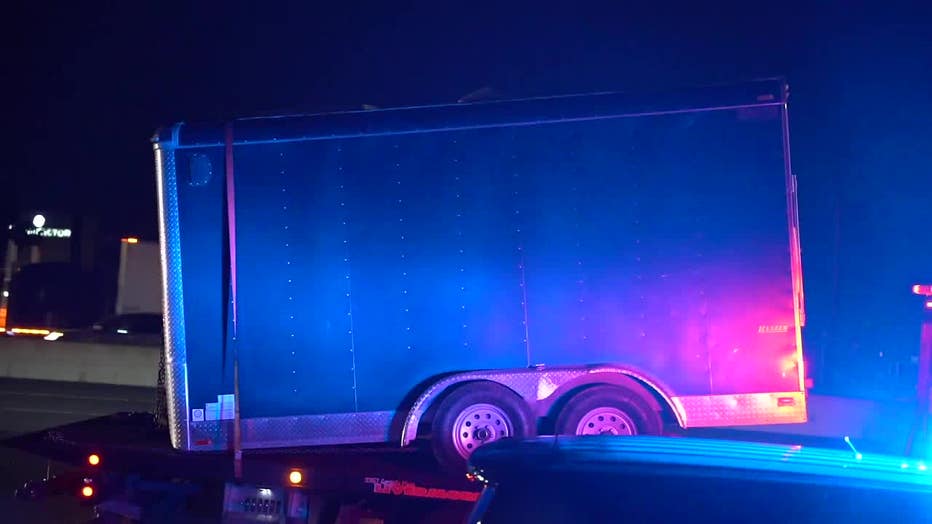 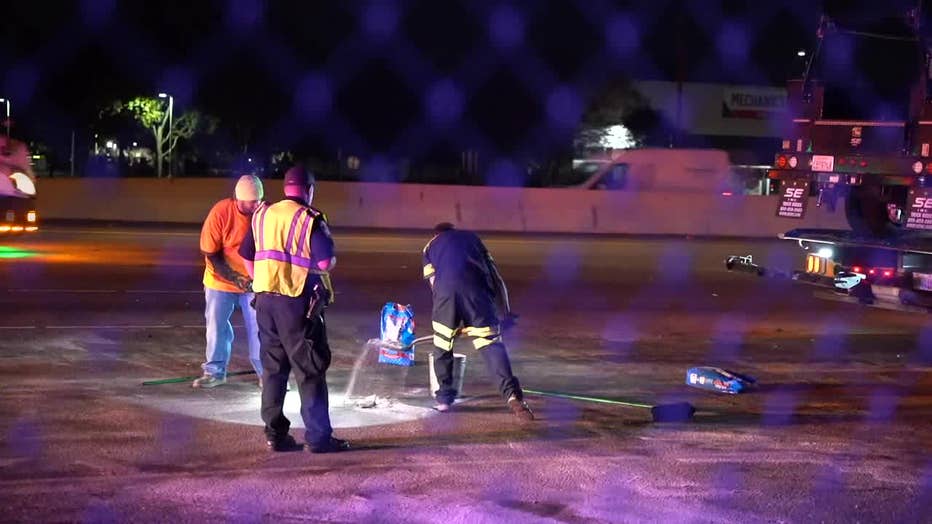 The CHP and Caltrans inspect the area where Alameda County sheriff's deputy crashed a county vehicle on Nov. 10, 2022