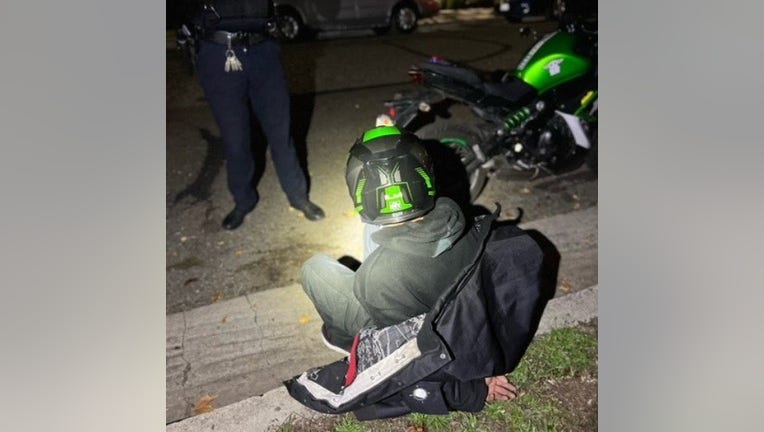 Christopher Yorrie was busted for package theft while wearing green helmet and riding green motorcycle on Dec. 19, according to Alameda Police Department.

Christopher Yorrie, 49, was arrested for package theft Sunday night near Windsor Drive, according to the Alameda Police Department. They said three boxes fell from his motorcycle when they pulled him over.

"Not so fast, Mr. Grinch," Alameda Police Department said on Facebook, noting the suspect was wearing a green helmet and riding a green motorcycle.

Officials said they received report of a man on a green motorcycle checking doors and porches in the neighborhood. When officers responded they spotted the man and initiated a traffic stop, they said.

That is when the boxes fell from his motorcycle and he was busted, they said.

Photos from the arrest show gifts spilling out from Amazon and L.L.Bean boxes, which were promptly returned to their rightful owners in time for the holidays, police said. 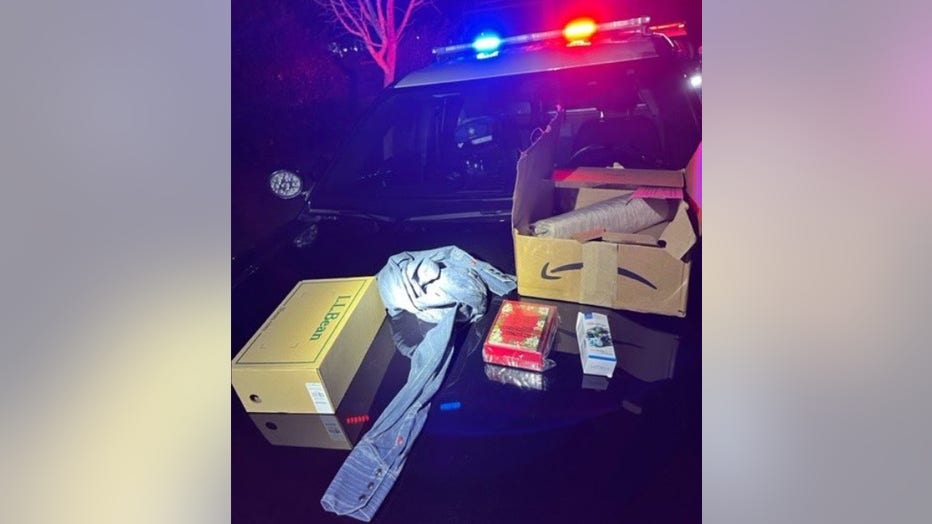