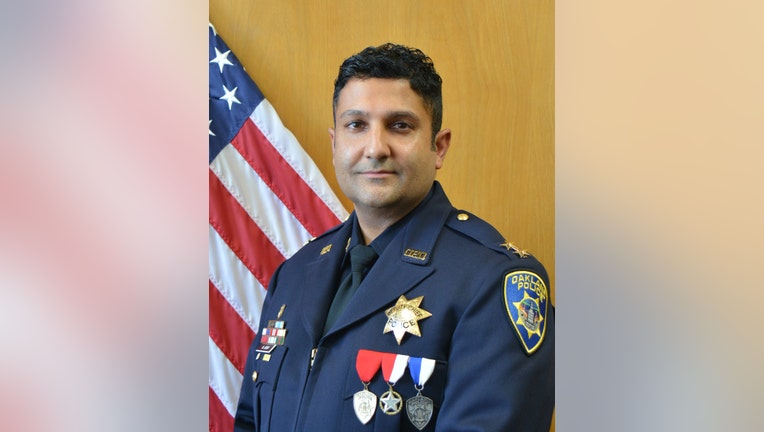 Nishant Joshi will step into the chief's role June 8, replacing interim Chief Randy Fenn, who came out of retirement. The choice of Joshi follows a nationwide search.

"Nishant Joshi has a deep understanding of the issues we are committed to addressing and is the right person to work with our community and lead the department forward," City Manager Eric Levitt said in a statement.

Joshi has been working in the Oakland Police Department since 1998 and started as a deputy chief in February. Before that, he served as captain beginning in 2014.

"I am confident I can lead the Alameda Police Department to be a premier agency engaged in 21st century policing that prioritizes community expectations while honoring all residents and their life experiences," Joshi said in a statement.

Joshi lives in Alameda with his wife, and they are parents to three children.