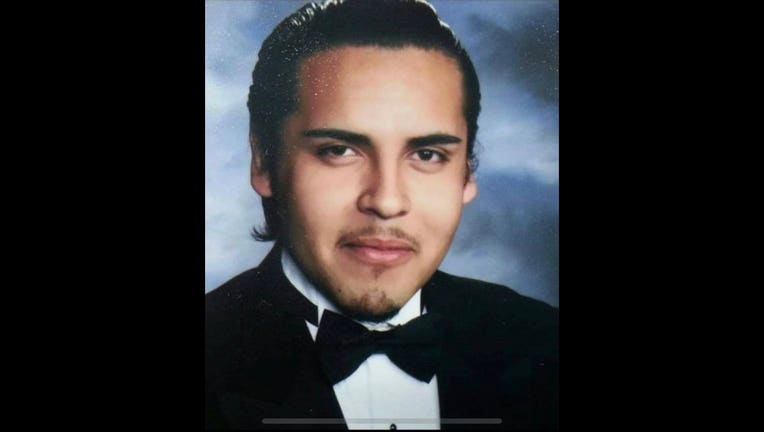 Gonzalez's family is demanding an independent autopsy and details as what led to his death. "Mario was a noble and decent man who didn't deserve to have his life ended in this way," his mother said in a statement.

ALAMEDA, Calif. - Alameda police on Tuesday identified 26-year-old Mario Arenales Gonzales of Oakland as the man who died Monday morning as officers tried to restrain him.

And now, Gonzalez's family is demanding an independent autopsy and details as what led to his death. "Mario was a noble and decent man who didn't deserve to have his life ended in this way," his mother said in a statement.

The events unfolded at 10:45 a.m. in the 800 block of Oak Street, where police said officers had responded to separate reports of a man under the influence and a man involved in a possible theft.

Officers started lifesaving procedures, called firefighters to the scene and Gonzales was taken to a hospital where he died, police said.

"Preliminary information indicates that after the officers made contact with him, there was a scuffle as officers attempted to place his hands behind his back," the Alameda Police Department said in a statement. "Officers did not use any weapons during the scuffle with Mr. Gonzales.

The cause of death remains unknown pending an autopsy, according to police. The cause of the medical emergency Gonzales suffered is also unknown, police said.

The three officers involved in the case have been placed on administrative leave, police said, and video from their body worn cameras has been turned over to Sheriff's and District Attorney investigators.

"The Alameda Police Department will coordinate releasing BWC video to the public with the investigating agencies, which must interview all involved parties prior to release," the department said, adding that release of the video is anticipated by the end of next week.

"The protection of human life is our primary duty as police officers," interim Police Chief Randy Fenn said. "The loss of Mr. Gonzales is a terrible tragedy and our thoughts and prayers go out to his loved ones."