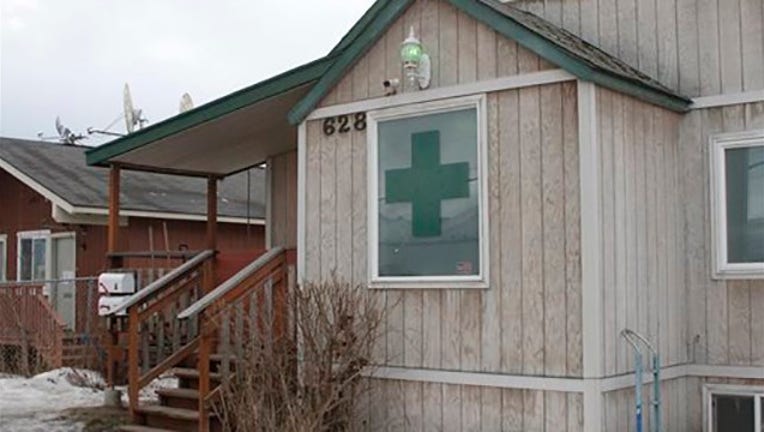 JUNEAU, Alaska (AP) — Alaska on Tuesday became the third U.S. state to legalize the recreational use of marijuana, but organizers don't expect any public celebrations since it remains illegal to smoke marijuana in public.

In the state's largest city, Anchorage police officers are ready to start handing out $100 fines to make sure taking a toke remains something to be done behind closed doors.

Placing Alaska in the same category as Washington state and Colorado with legal marijuana was the goal of a coalition including libertarians, rugged individualists and small-government Republicans who prize the privacy rights enshrined in the Alaska state constitution.

When they voted 53-47 percent last November to legalize marijuana use by adults in private places, they left many of the details to lawmakers and regulators to sort out.

That has left confusion on many matters.

The initiative bans smoking in public, but didn't define what that means, and lawmakers left the question to the alcohol regulatory board, which planned to meet early Tuesday to discuss an emergency response.

That's left different communities across the state to adopt different standards of what smoking in public means to them. In Anchorage, officials tried and failed in December to ban a new commercial marijuana industry. But Police Chief Mark Mew said his officers will be strictly enforcing the public smoking ban. He even warned people against smoking on their porches if they live next to a park.

But far to the north, in North Pole, smoking outdoors on private property will be OK as long as it doesn't create a nuisance, officials there said.

Other officials are still discussing a proposed cultivation ban for the Kenai Peninsula.

In some respects, the confusion continues a four-decade reality for Alaskans and their relationship with marijuana.

As of Tuesday, adult Alaskans can not only keep and use pot, they can transport, grow it and give it away. A second phase, creating a regulated and taxed marijuana market, won't start until 2016 at the earliest. That's about the same timeline for Oregon, where voters approved legalizing marijuana the same day as Alaska did but the law there doesn't go into effect until July 1. Washington state and Colorado voters legalized marijuana in 2012 and sales have started there.

And while possession is no longer a crime under state law, enjoying pot in public can bring a $100 fine.

That's fine with Dean Smith, a pot-smoker in Juneau who has friends in jail for marijuana offenses. "It's going to stop a lot of people getting arrested for nonviolent crimes," he said.

The initiative's backers warned pot enthusiasts to keep their cool.

"Don't do anything to give your neighbors reason to feel uneasy about this new law. We're in the midst of an enormous social and legal shift," organizers wrote in the Alaska Dispatch News, the state's largest newspaper.

Richard Ziegler, who had been promoting what he called "Idida-toke" in a nod to Alaska's Iditarod Trail Sled Dog Race, reluctantly called off his party.

There's no such pullback for former television reporter Charlo Greene, now CEO of the Alaska Cannabis Club, which is having its grand opening on Tuesday in downtown Anchorage. She's already pushing the limits, promising to give away weed to paying "medical marijuana" patients and other "club members."

Greene — who quit her job with a four-letter walkoff on live television last year to devote her efforts to passing the initiative — plans a celebratory toke at 4:20 p.m.

"When they start depending on smoking marijuana, I don't know how far they'd go to get the funds they need to support it, to support themselves," said Edward Nick, council member in Manokotak, a remote village of 400 that is predominantly Yup'ik Eskimo.

Both alcohol and drug use are prohibited in Nick's village 350 miles southwest of Anchorage, even inside the privacy of villagers' homes.

But Nick fears that the initiative, in combination with a 1975 state Supreme Court decision that legalized marijuana use inside homes — could open doors to drug abuse.

Initiative backers promised Native leaders that communities could still have local control under certain conditions. Alaska law gives every community the option to regulate alcohol locally. From northern Barrow to Klawock, 1,291 miles away in southeast Alaska, 108 communities impose local limits on alcohol, and 33 of them ban it altogether.

But the initiative did not provide clear opt-out language for tribal councils and other smaller communities, forcing each one to figure out how to proceed Tuesday.