Alec Baldwin is facing another lawsuit in the deadly shooting on the set of his movie "Rust."

Attorney Gloria Allred held a press conference on Wednesday where she announced that the script supervisor on the Alec Baldwin movie "Rust," Mamie Mitchell, is the latest crew member to file a lawsuit against the actor and producers. 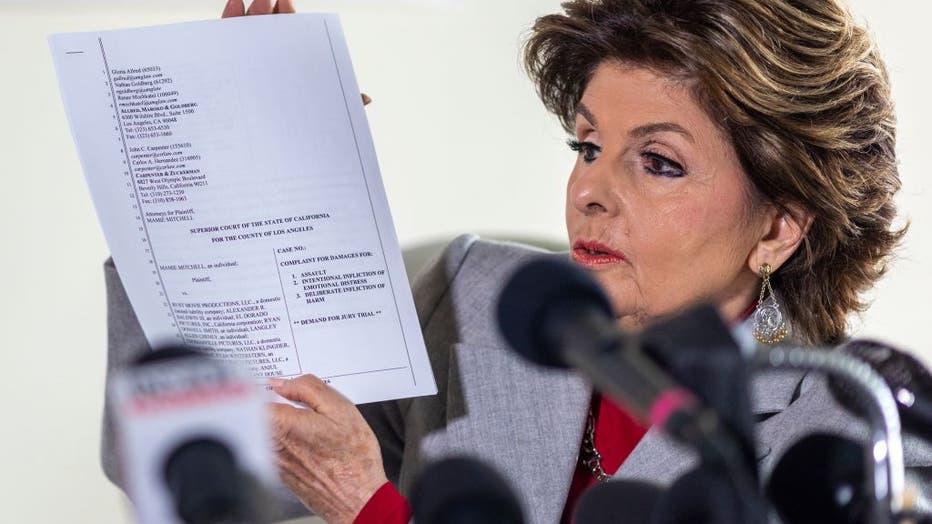 Attorney Gloria Allred reads names from a lawsuit filed today on the behalf of Mamie Mitchell, script supervisor on the film, "Rust" against actor/producer Alec Baldwin and other producers on the New Mexico set, in Los Angeles, California on November

Baldwin was handed a Colt revolver by assistant director Dave Halls while rehearsing a scene for the indie-western. He fired the gun, which was somehow loaded with a live round that discharged, killing cinematographer Halyna Hutchins and wounding director Joel Souza.

Mitchell's lawsuit claimed that Baldwin "intentionally, without just cause or excuse, cocked and fired a loaded gun" even though the upcoming scene "did not call for the cocking and firing of a firearm." The lawsuit also claimed Baldwin pointed and fired the gun at Hutchins, Joel Souza and Mitchell even though that was against protocol.

"Days before the shooting there were warning signs that there were dangerous conditions related to guns on the set," Allred claimed during the press conference. "A camera operator had reported two gun discharges during a rehearsal in a cabin. ‘This is super unsafe,’ the camera operator wrote in a text message to the production manager."

Allred gave alleged examples of times safety protocols were not followed on set including having live ammunition on the set and having someone besides the prop master or armorer handle the guns. 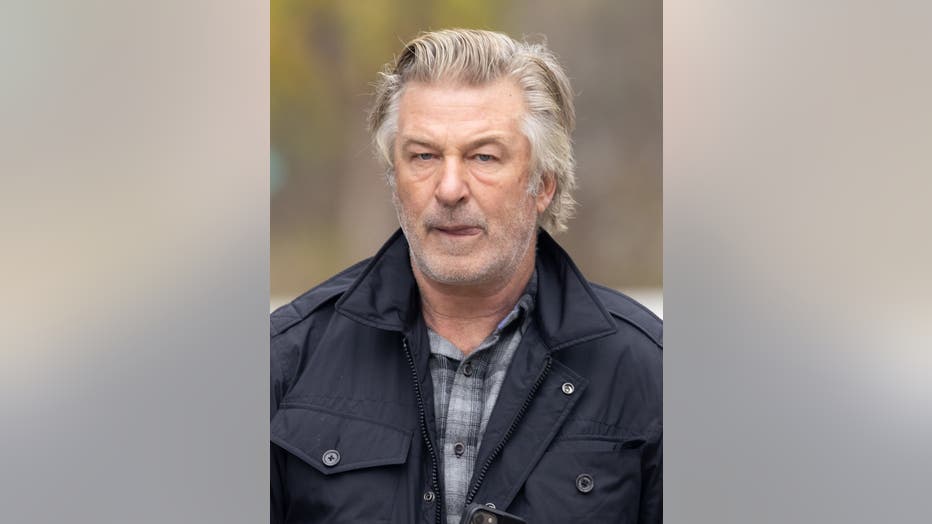 MANCHESTER, VT - OCTOBER 30: Alec Baldwin speaks for the first time regarding the accidental shooting that killed cinematographer Halyna Hutchins, and wounded director Joel Souza on the set of the film "Rust", on October 30, 2021 in Manchester, Vermo

Mitchell's attorney claimed Baldwin knew that he should not rely on any statement made by the assistant director indicating that the gun was safe to use and went on to accuse Baldwin of playing "Russian roulette" on the set of "Rust."

"Mr. Baldwin chose to play Russian roulette when he fired a gun without checking it and without having the armorer do so in his presence," she said.

"His behavior and that of the producers on Rust was reckless," Allred added.

Mitchell detailed her experience through tears during the press conference. She described what happened during and after the fatal shooting.

"I turned and my director was falling backwards," Mitchell recalled. "Halyna was falling to the left of me."

Mitchell then "ran outside" and called 911 "for help." "She was on a stretcher and not moving... her left hand was on her stomach... it was blue," Mitchell added of Hutchins.

"I could not believe this was happening," she said.

Mitchell, who has spent 40 years as a script supervisor in the industry, opened up about her life following the shooting, saying that she has been depressed and doesn't feel safe since the tragic incident.

"I've also lost a new friend who was an extraordinary and rare person, Mitchell said of Hutchins.

"I've been robbed of my new friend," she added, while also expressing that she was "heartbroken" for Hutchins' husband and son as well as family and friends.

Fox News Digital has reached out to representatives for Baldwin, Gutierrez Reed and Halls along with producers.

In his lawsuit, Svetnoy says Baldwin "owed a duty" to the plaintiff and other crew members to treat the Colt Revolver he was handed as a loaded weapon. The suit reportedly claims that Baldwin merely needed to aim the weapon toward the camera and not point it at anyone.

Svetnoy also claims in the suit that he was struck by "discharge materials" from the gunshot, with a projectile "narrowly" missing him before it hit Hutchins. He said he "suffered injury, including severe emotional distress, as a direct and proximate result of the incident."