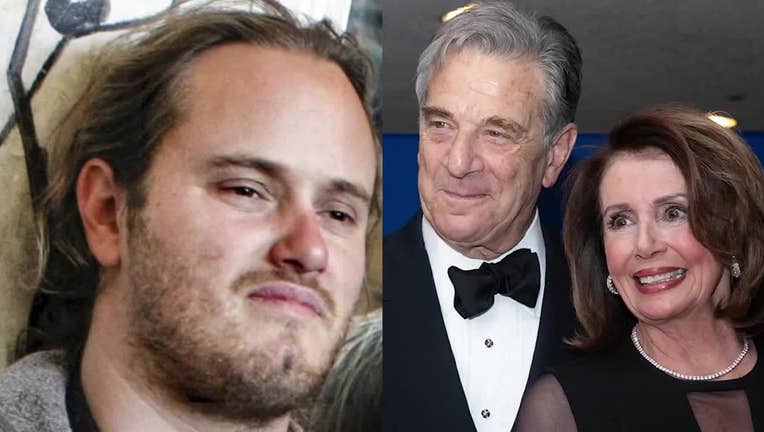 Image: David DePape and Paul and Nancy Pelosi. (Photo of DePape by Michael Short of the San Francisco Chronicle via AP.)

Federal prosecutors charged DePape with attempting to kidnap a federal official and assaulting a federal official’s family member on Oct. 28, when authorities said he broke into the Pelosi home and attacked Paul Pelosi with a hammer.

DePape, 42, a Canadian citizen in the United States illegally, was searching for the Speaker and shouting "Where's Nancy?" court documents state.

He admitted he intended to "break her kneecaps," and hold her hostage according to an FBI affidavit. DePape was found to have zip ties, tape, and rope in his possession during his arrest.

DePape had already pleaded not guilty Nov. 1 to state charges, running parallel to the federal case.

DePape faces between 13-years to life for the state charges, including attempted murder, residential burglary, assault with a deadly weapon, elder abuse, false imprisonment of an elder, and threats to a public official and their family.

Paul Pelosi has since been released from the Zuckerberg San Francisco General Hospital.

The San Francisco Chronicle reported the attack on her husband may impact her decision on remaining House Speaker.

Pelosi has yet to confirm a decision.