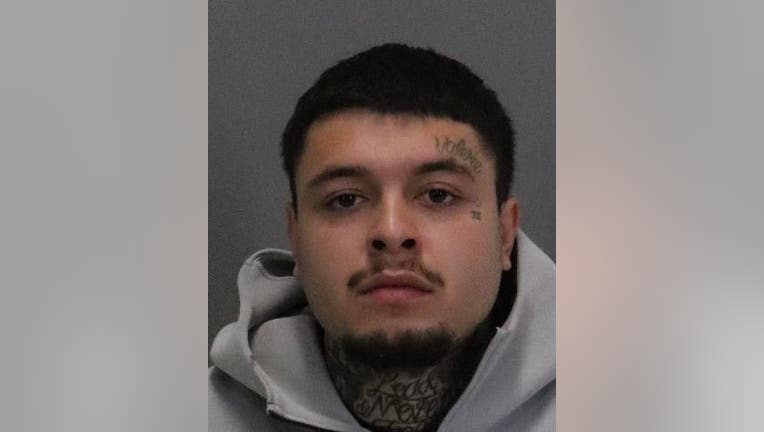 Simon Armendariz charged with felony drug sales to minors after a group of Los Gatos High School students overdosed on fentanyl-laced pills they bought from him.

SAN JOSE, Calif. - An alleged drug dealer in the South Bay was charged with selling fentanyl-laced pills to minors after a group of high school students overdosed on drugs they bought from him, the district attorney's office said.

Simon Armendariz, 23, had a growing student clientele and would push his toxic pills through downtown Los Gatos, including the parking lot of Los Gatos High School, according to the Santa Clara County District Attorney's Office.

Armendariz used monikers like "Risky" and "Madman" to lure to sell the laced pills to teens, prosecutors said. Students were so aware of the dangers of taking the laced pill that they often carried Narcan in case they overdosed, authorities said.

Officers from the Santa Clara Police Department zeroed in on Armendariz after a 15-year-old girl overdosed in the bathroom during a Narcotics Anonymous meeting. The pill the girl overdosed on was a counterfeit Percocet pill laced with fentanyl that was traced back to Armendariz, prosecutors said.

Investigators then traced the drugs to several other students, and one of them would get the $10 pills delivered from Armendariz at school before the first period or at a nearby church parking lot, authorities said.

"This is not a war on drugs, this is a struggle to save lives," District Attorney Jeff Rosen said. "There are no good excuses with fentanyl. It kills and everybody knows it: the dealers, the manufacturers."