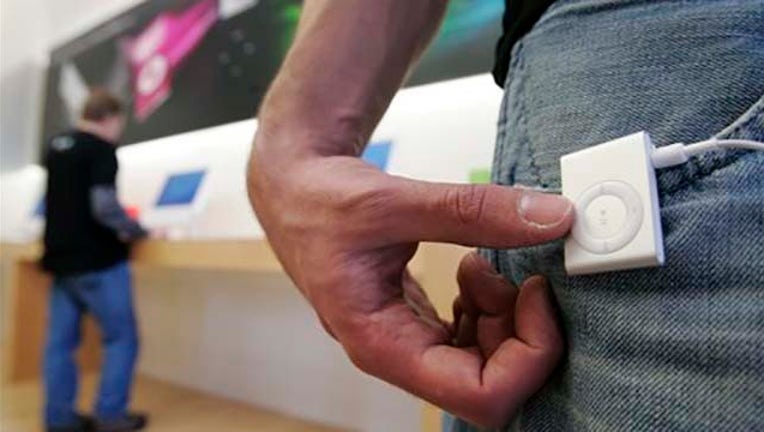 SAN FRANCISCO (AP) — Apple's iTunes helped change the way music-lovers bought their favorite songs, replacing plastic discs with digital downloads. Now the maker of iPods and iPhones wants to carve out a leading role in a revolution well under way, with a new, paid streaming-music service set to launch this summer.

With millions of listeners already tuning in to streaming outlets like Pandora and Spotify, analysts and music-industry sources say Apple has been gearing up to launch its own service, aimed at winning back some of those customers and nudging longtime iTunes users into a new mode of listening.

Apple is expected to announce the service at its annual conference for software developers, which kicks off Monday in San Francisco. In a keynote session, CEO Tim Cook and other executives are also expected to show off new features in Apple's operating software for iPhones, iPads and Macintosh computers, as well as tools for building new apps for the Apple Watch. Analysts also expect enhancements to the mobile-payment service known as Apple Pay.

The world's biggest tech company makes most of its money from selling handheld gadgets, like the popular iPhone, and other computer hardware. But Apple uses its annual World Wide Developers Conference to highlight the software, online services and apps that make those devices indispensable to consumers around the world.

Along with a new music service, industry experts had been expecting Apple to announce a new streaming-video package and upgrades for its Apple TV service. But that may be delayed, according to reports by the New York Times and the tech blog Re/code, which said Apple is still negotiating with broadcasters and isn't ready to announce the video service.

That puts the spotlight on Apple's music initiative. Analysts say the company needs to build a robust streaming business if it wants to maintain its central role in the popular-music ecosystem. Most recordings today are still sold through digital stores like iTunes, which opened in 2003. But those sales have declined, while streaming services are rapidly gaining subscribers and revenue.

"Streaming media is increasingly important to the computer-using experience, so it's important for Apple to have a role there," said Creative Strategies analyst Ben Bajarin.

About 41 million people globally now pay for streaming music from Spotify, Deezer and other outlets, according to the International Federation of the Phonographic Industry, which says subscription revenue grew 39 percent last year to $1.6 billion. Overall download sales fell 8 percent to $3.6 billion.

While Apple wouldn't comment last week, a person familiar with its plans said Apple has an ambitious goal to sign up 100 million subscribers for a new streaming service that will cost $10 a month and compete with other on-demand services such as Spotify and Rhapsody. Beats users will be migrated over before eventually closing down, and buyers of songs and albums on iTunes will also be presented with the option to purchase a subscription instead.

The person spoke on condition of anonymity because negotiations between the company and record labels were private.

"They are very late to the game on streaming," said analyst Van Baker at the Gartner research firm. But he said Apple can still catch up by making it easy for iPhone owners to use the new service. That's a huge pool of potential customers: Apple sold 61 million iPhones in the last quarter alone.

Aside from music, analysts expect Apple will tout improvements to other services like Apple Pay and Siri, the voice-activated digital assistant for iPhones and iPads. Apple has also hinted it will release programming tools for its new smartwatch.

Most apps available for the Apple Watch are extensions of apps that run on the iPhone. Independent app-builders like Jordan Edelson, CEO of Appetizer Mobile, are hoping Apple will release the code to build apps that interact directly with sensors and controls on the watch.

"That would let us build some really cool experiences," added Edelson, who said it could make the watch more appealing to consumers who aren't sure now if they need one.

Edelson also predicted Apple will introduce software that ties other products more closely together, such as apps that make the iPhone into a controller for television sets and other appliances.

That's a smart strategy, said Forrester Research analyst Frank Gillett. "Once you start organizing your life around Apple products, you're less likely to ditch your iPhone and go over to Android," he said, referring to the competing technology from Apple's rival, Google.