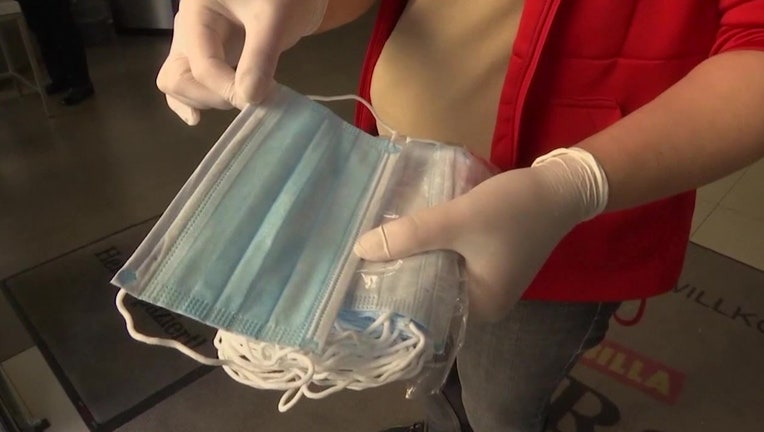 Arkansas Gov. Asa Hutchinson said Sunday that he believes his proposal to remove a mask mandate intended to slow the spread of the coronavirus will take place as planned at the end of the month.

On CNN’s ‘State of the Union,’ Hutchinson said goals he announced in February to lift the mask mandate, which include a positivity rate below 10%, or fewer than 750 hospitalizations, are being met and he believes the mask requirement will be lifted.

"I set some goals. And we’re making those goals. So, I expect that (mandate) to be lifted," Hutchinson said.

The updated CDC guidelines, announced on March 19, signal the agency’s turn away from the 6-foot distancing recommendation.

Hutchinson said he believes people will continue wearing masks when social distancing is not possible or they are otherwise at risk of virus exposure.

The state’s positivity rate was 9% through Thursday, according to data from Johns Hopkins University and the Arkansas Department of Health on Sunday reported 192 people hospitalized due to the virus.

If the proposal goes through, Arkansas would be the latest state to lift the mask mandate.

The move worries health officials who warn that the U.S. could see another COVID-19 surge amid the rising cases of variants despite the vaccine rollout.

The government’s top infectious disease expert Dr. Anthony Fauci warned the latest COVID-19 surge in Europe could be a sign of what’s to come in the U.S.

Fauci repeated his latest warning against pulling back on public health measures, saying the virus, and its variants could come surging back, endangering the goal of getting the country closer to normal by early July.

"The way we can counter [U.K. variant] 1.1.7, which is a growing threat in our country, is to do two things: to get as many people vaccinated as quickly and as expeditiously as possible with the vaccine that we know works against this variant and, finally, to implement the public health measures that we talk about all the time ... masking, physical distancing and avoiding congregant settings, particularly indoors," Fauci said last week.

The head of the Centers for Disease Control and Prevention, Dr. Rochelle Walensky, urgently warned state officials and ordinary Americans not to let down their guard, saying she is "really worried about reports that more states are rolling back the exact public health measures that we have recommended."