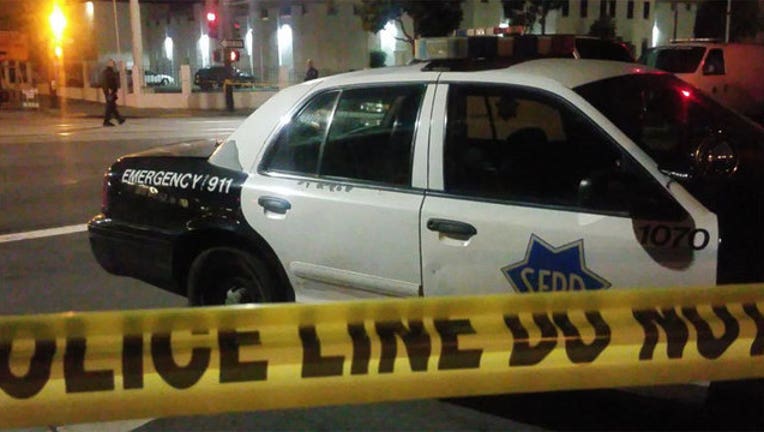 SAN FRANCISCO - San Francisco police have made an arrest in a homicide shooting in the South of Market neighborhood this week.

SFPD said they identified the suspect as 55-year-old Ernesto Samano of San Francisco. Police said they were aware of Samano, who was spotted driving along eastbound I-80 near the 7th Street exit at around 6 p.m. the night of the shooting.

Officers conducted a traffic stop along the off ramp. Samano was arrested and booked into San Francisco County Jail for murder.

The shooting victim, was an unidentified 51-year-old man who was initially taken to the hospital with life-threatening injuries. He was later pronounced dead at the hospital.

Details about what led up to the broad daylight shooting along the busy corridor were not disclosed.