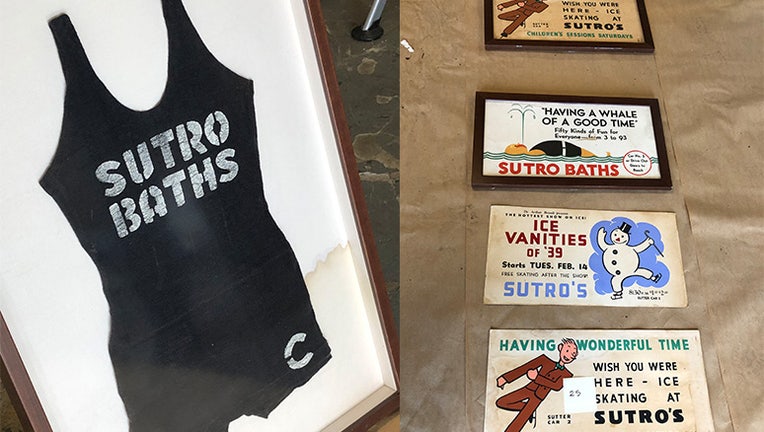 The building has been vacant since Dec.31, when the operators of the restaurant there were unable to reach agreement with the National Park Service on a new lease.

The former operators of the restaurant, Dan and Mary Hountalas, had hired auction contractors who discovered the landmark had been burglarized on Jan. 26, the park police said.

Following an investigation, a search warrant was served Feb. 12 by park police and the San Francisco Field Office Criminal Investigations Unit in an outer Richmond neighborhood and a San Francisco man arrested for the burglary. A San Francisco police tactical team and National Park Service rangers assisted with the arrest, which resulted in the recovery of several of the missing items.

Additional items taken in the burglary were recovered on Feb. 19.

"All items recovered during the investigation have been returned to the former operators of the Cliff House Restaurant, the Hountalas family," park police said in a news release. "These include historic items, such as (Sutro Baths bathing suits, and artwork)."

The artifacts will be auctioned off March 11 and 12 and a "coalition of local galleries, art conservators, and community historians" is raising funds to acquire as much of the collection as possible.

"In addition to saving items from auction and disappearing into private collections, your donation can also be used to: stabilize the artifacts, determine their best long-term display in the neighborhoods, and develop educational programming that keeps the memory of The Cliff House, Sutro Baths, and Playland at the Beach close," the coalition says on its website.

"Everything we save from The Cliff House Collection will be stewarded by Western Neighborhoods Project, a community history nonprofit located in the Richmond district."