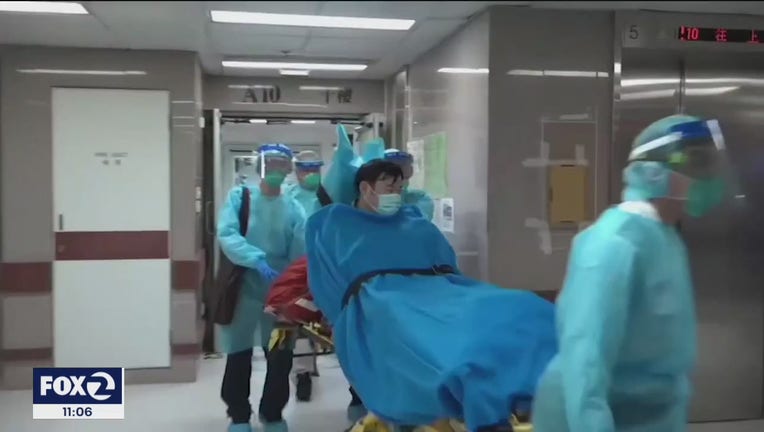 The coronavirus has spread to the U.S. Japan, Taiwan, South Korea, Thailand, Singapore and Vietnam.

FREMONT, Calif. - Hundreds of people have been sickened by the deadly coronavirus that originated last month in China. As the outbreak has spread, so have rumors.

Officials in Alameda County said on Thursday, fewer than 10 possible cases of exposure to the virus were investigated over the last few weeks.

The Fremont Fire Department issued their own statement to dispel any rumors.

“Today it was brought to our attention there are rumors spreading quickly on multiple social media outlets regarding possible cases of the 2019 Novel Coronavirus within the city of Fremont,” they wrote.

While they acknowledged cases have been confirmed in China, Thailand, Japan, South Korea and the United States, they reiterated Alameda Co. by saying there were no confirmed cases.

The death toll stands at 25 with 830 confirmed cases, according to the National Health Commission. Outside of mainland China, cases of the virus have also been confirmed in Taiwan, Singapore, Macao and Vietnam.

Symptoms of the virus can include fever, coughing, breathing difficulties and pneumonia.

The vast majority of cases have been in and around Wuhan, the capital of China’s Hubei province. Health officials say either having traveled to this area in the last 14 days or coming into contact with someone who may have coronavirus makes them more likely to need an immediate medical evaluation.

Many passengers arriving at SFO from China have been wearing masks, concerned about the spread of the virus. At least one Chinese airline canceled direct flights from Wuhan to SFO on Thursday.

There have been mass quarantines and at least eight cities in China have been shut down. Officials did not indicate how long the shutdowns of the cities would last.

Centers for Disease Control and Prevention says there are seven known strains of coronavirus. The outbreak began in Wuhan last month.

The World Health Organization decided against declaring the outbreak a global emergency for now.

Experts suspect that the virus was first transmitted from wild animals but that it may also be mutating. Mutations can make it deadlier or more contagious.