Police are investigating a rare act of violence in the city of Dublin where they say a man shot and killed his ex-girlfriend when she and another man confronted him at his home with a gun.

DUBLIN, Calif. (KTVU) - The woman killed in a shootout after she invaded her ex-boyfriends home in Dublin has been identified as 28-year-old Adrianna Maria Navarro.

Dublin police said Navarro, of Vallejo, and Rickey White Jr. broke into her ex-boyfriends home Wednesday in the 3400 block of Monaghan Street.

Officers were called to the residence on reports of an attempted home invasion. Arriving officers found Navarro and White Jr. at the scene, both with gunshot wounds. 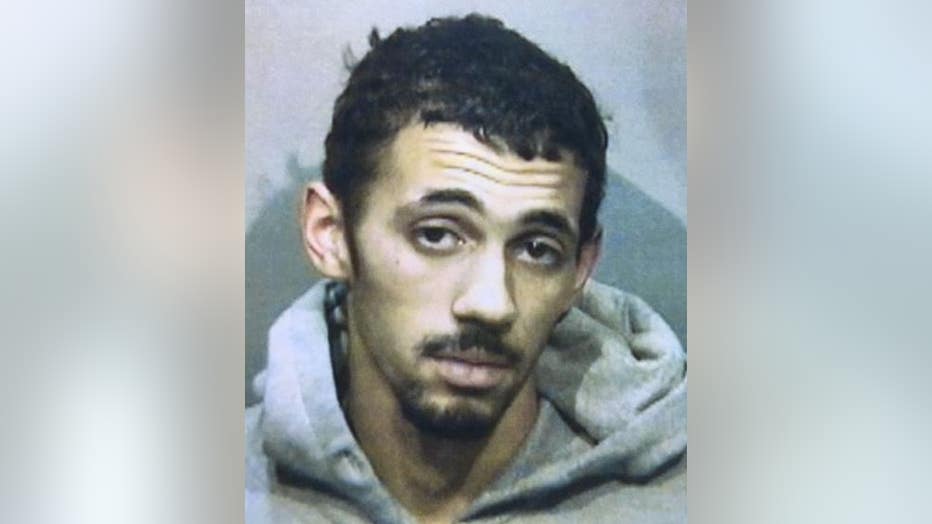 Rickey White Jr. arrested on suspicion of murder, attempted murder after he and Adrianna Marie Navarro, 28, burst into her ex-boyfriend's home.

Navarro died at the scene from her injuries and White Jr. was transported to a nearby hospital with non-life threatening injuries.

Authorities say the man who lives at the home woke to banging on his front door. As he approached his front door, he recognized his ex-girlfriend.He opened the door and was confronted by her and White Jr. who pointed a gun at him.

Following an attempted assault, the resident fired his own gun at the pair in self-defense while fleeing his home.

Police also believe the male suspect fired his gun at the resident, however, the resident was not injured.

"These types of things don't occur in Dublin. This was not a random act. He did know the female," said Dublin Police Captain Nate Schmidt. "She was an ex-girlfriend, so definitely a strange event for the City of Dublin."

Authorties have not determined if the resident or male suspect fired the fatal shot that killed Navarro.

Investigators said the motive for the break-in and assault on the resident appears to be relationship issues.