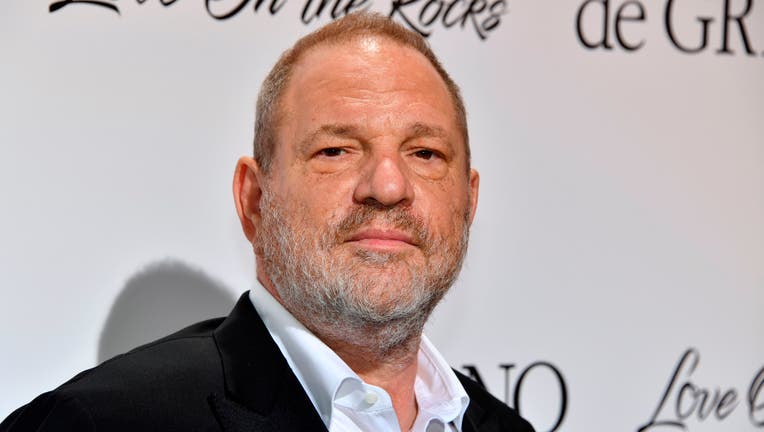 US film producer Harvey Weinstein poses during a photocall as he arrives to attend the De Grisogono Party on the sidelines of the 70th Cannes Film Festival, at the Cap-Eden-Roc hotel in Antibes, near Cannes, southeastern France, on May 23, 2017. / AF

WILMINGTON, Del. - The Delaware judge presiding over the Weinstein Co. bankruptcy has rejected a request by four women who have accused disgraced film mogul Harvey Weinstein of sexual misconduct to put her approval of the company’s bankruptcy plan on hold.

The judge issued a one-page order Wednesday denying the request for an emergency stay while the women challenge approval of the plan in federal district court in Delaware.

Attorneys for the four women responded Friday by asking the district court to put the plan confirmation on hold while it considers their appeal.

According to a bankruptcy court filing, the plan has been "substantially consummated," with an effective date of Thursday.

The plan is being challenged by producer Alexandra Canosa and actresses Wedil David and Dominique Huett, who have accused Weinstein of sexual assault, and a former Weinstein Co. employee who claims she was subjected to a hostile work environment.

Attorneys for the objectors say the plan includes overly broad releases from liability for third parties such as insurance companies and former Weinstein Co. officers and directors. They also argue that it contains a provision that unfairly prevents non-consenting sexual misconduct claimants from pursuing their claims.

The bankruptcy plan provides about $35 million for creditors. That’s about $11.5 million less than under a previous plan, which was scrapped after a federal judge in New York refused to approve a proposed $19 million settlement between Weinstein and some of his accusers. The settlement in that purported class-action lawsuit was a key component of the initial bankruptcy plan.

Another $8.4 million goes to a liquidation trust for resolving non-sexual misconduct claims, and $9.7 million will be used to reimburse defense costs for former company officials other than Weinstein. The plan also releases those officials from liability for tort claims related to Weinstein’s conduct.

Holders of sexual misconduct claims will receive 100% of the liquidated value of their claims if they agree to release Harvey Weinstein from all legal claims. A claimant who elects not to release Weinstein but to retain the option to sue him in another court would receive 25% of the value of her bankruptcy claim.

Weinstein is serving a 23-year prison sentence after being convicted by a New York jury for the rape and sexual assault of two women. He also has been charged in California with rape, forcible oral copulation, sexual battery by restraint and sexual penetration by use of force. Those allegations involve five women and stem from events in Los Angeles and Beverly Hills from 2004 to 2013.