OAKLAND, Calif. - Torrential rains struck all over the Bay Area, creating all kinds of havoc, especially with traffic and trees, faster than first responders were comfortable with. We spent a long day on the roads, finding trouble almost everywhere. It was a tour of the Bay in disaster mode. 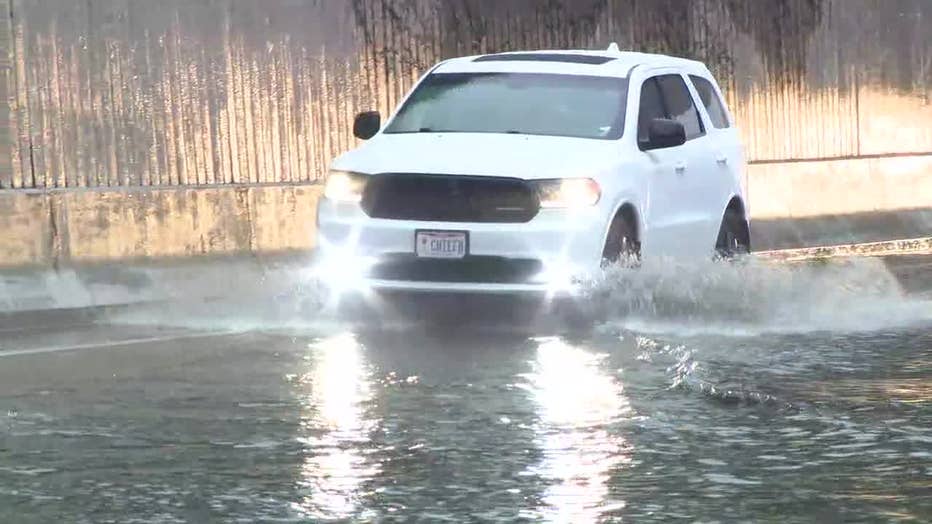 Interstate 580, northbound and southbound, was completely closed in the area of the Oakland Zoo as pooling floodwaters made safe transit impossible. Additionally, a tree fell into the path of traffic on top of a vehicle. Traffic was rerouted, but the backup was monumental as Caltrans crews tried to clear it.

At the junction of Highway 238 and the Nimitz Freeway, the ramps were deep and getting deeper. Highway 101, near South San Francisco's Oyster Point, was completely shut down for hours as heavy rain and a high bay tide made the road an impassable submarine.  San Francisco airport passengers, returning home from the holidays had yet another major obstacle to overcome.

Many other places in San Mateo County and San Francisco had issues.

On 22nd Street and Potrero in San Francisco, a tree came down by SF General's Urgent Care Building, one of many throughout the region, some of which were waked by drought and fell due to saturated soils.

With the ground now fully saturated, the water really has nowhere else to go and, as a result, you're going to see a lot more of this, in this storm and the next ones coming, and that is local flooding.

"This is the first one since about 1969; the last big flood we have had," said San Leandro resident Dean Dalton.

In San Leandro, Chapel Circle flooding surprised everyone, even a man who's lived here all his 69 years.

"This is the worst it flooded maybe four or five times," said Mr. Dalton. 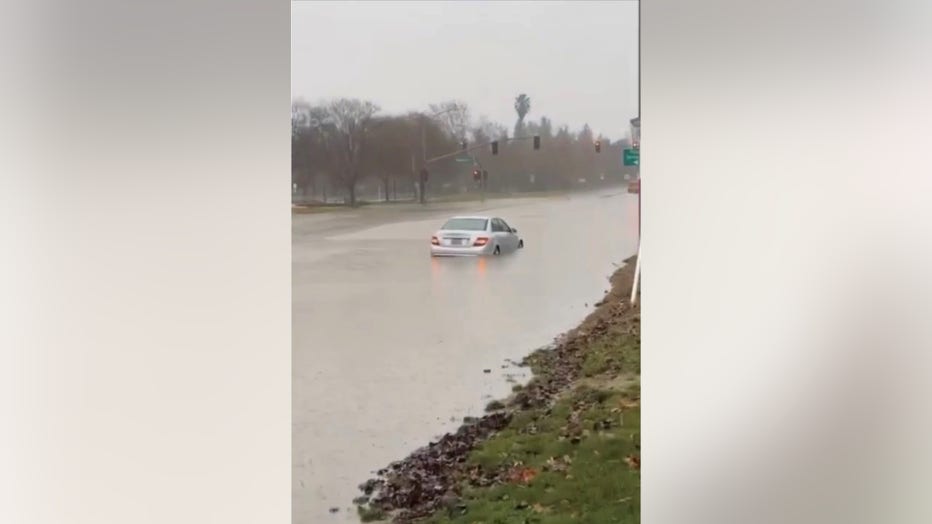 The CHP's computer dispatch site lists all current road-related problems. This includes everything from traffic accidents to flooding, to rock and mudslides, to high winds as well as vehicle or roadside fires, Hazmat spills, dropped household and industrial items, and even animals in the roadway dead or alive.

On normal Saturdays, less than ten incidents at one time are common. On this Saturday morning, it was in the 90s to the 130s; all at one time; heavily taxing first responder services throughout the entire morning and well beyond.

"Based on the sheer volume of calls, the number of solo vehicles outs that we're seeing, very indicative of too many people driving fast in the rain," said CHP officer Andrew Barclay.

All too many heavy rain traffic collisions happen because of overconfidence and false bravado.

"There's always people out there…that think that they are the exception to that, that they can drive faster in the rain, or they're a good driver, or that they have four-wheel-drive, and they can drive however they want because their vehicle is going to compensate for them," said Barclay.

Bottom line: slow and easy does it.