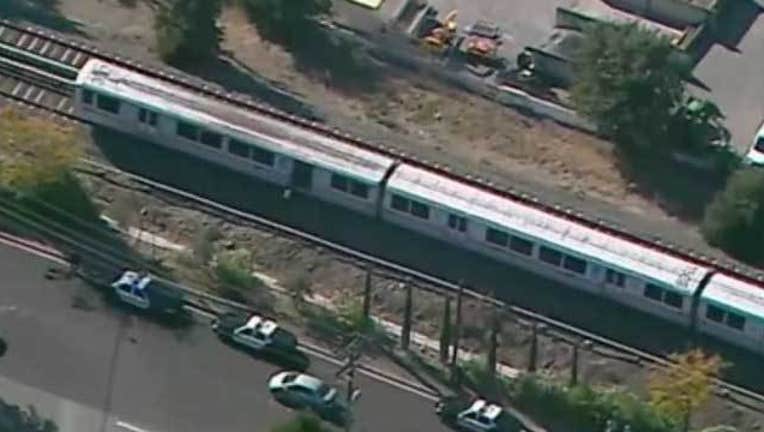 OAKLAND, Calif. (KTVU and wires) -- BART's now-banned "simple approval" practice was the probable cause of an accident that killed two track workers in Contra Costa County in 2013, the National Transportation Safety Board said in a report issued this week.

The NTSB adopted its report Monday in the case of Christopher Sheppard, 58, of Hayward, and Laurence Daniels, 66, of Fair Oaks, who were struck and killed on Oct. 19, 2013, while inspecting a dip in the tracks between BART's Walnut Creek and Pleasant Hill stations.

The northbound train had no passengers on board and was being used for training of management employees to work as substitute operators and system maintenance workers during a strike by BART's two largest unions.

The "simple approval" practice had track workers get authorization from BART's control center to enter the trackway "with no additional protective measures or restrictions provided," the NTSB report said.

"Under simple approval, roadway workers were required to be aware of train and equipment movements and provide their own protection," the report said.

Workers were prohibited from entering the BART right of way without a "watchman" whose sole responsibility was to watch for approaching trains, according to the NTSB report.

When the minor defect was found on the tracks near Walnut Creek, Sheppard, a BART manager, and Daniels, a contractor working with the agency, went out to take measurements, the NTSB report said.

The train that hit the workers left the Walnut Creek station and was traveling at 68 mph within 28 seconds. At 1:44 p.m., the operator trainee on board repeatedly hit the red emergency stop button and shouted, "Look out!" and "No, no, no!" but the train hit the workers 4.7 seconds later, the NTSB report said.

The day after the deaths, BART issued a memorandum suspending the practice of simple approvals and said trains in work areas must slow down to a maximum speed of 27 mph. Simple approvals were permanently banned by the agency later that October.

A month after the death, the NTSB made urgent safety recommendations to the Federal Transit Administration to require "redundant protection" for track workers, such as a safety monitoring system known as positive train control or secondary warning devices.

In April 2014, the California Division of Occupational Safety and Health fined BART $210,000 for safety violations in the incident.

BART general manager Grace Crunican said in a statement today that the agency "wishes to thank the NTSB for its meticulous investigation."

Crunican said BART, in coordination with the California Public Utilities Commission, has "made significant changes to its trackside procedures in order to provide additional safety measures for our workers."

Along with the reduction to 27 mph for trains in work areas, all BART employees who routinely work on or near the trackway undergo at least 32 hours of safety training every two years, among other changes, according to Crunican.

In fiscal year 2015, the district invested an additional $5.3 million in trackway worker safety initiatives, including the hiring of 40 additional staff members, she said.

However, members of BART's unions said more still needs to be done and that changes often are made without adequate input from workers.

Amalgamated Transit Union Local 1555 president Chris Finn said the NTSB report "focuses on one procedure, but really we need to focus on the culture as a whole at BART."

Finn said, "We need to incorporate the workers who understand the procedures and the risks involved in any decisions on technology or practices they're considering doing."

He said BART has a "culture of not reaching out and not valuing the work of those people."