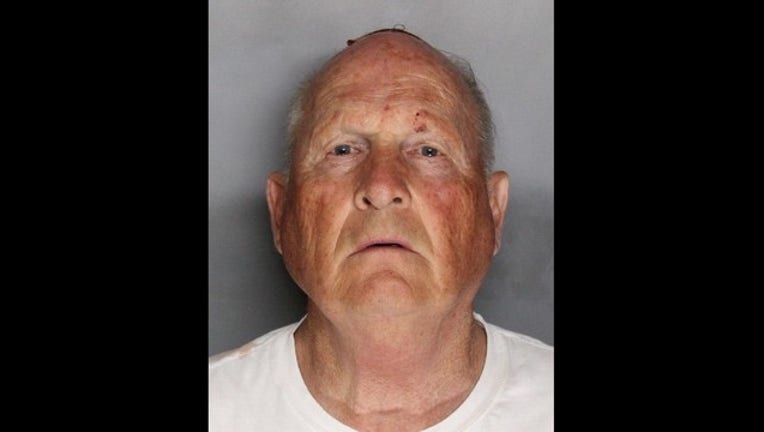 OAKLAND, Calif. - It took 40 years, but I finally got the story.

As a 10-year-old girl living in the San Francisco suburb of Danville, Calif. I started a “newspaper,” called The Mustang Monitor, named after the street where I grew up, Mustang Drive.

My father, the late Phil Bender, encouraged this.

He was a news director at KTVU Channel 2 and was happy to prop up his oldest daughter in her ambition to one day follow in his journalistic footsteps.

The Mustang Monitor was four or five handwritten pages that we Xeroxed, stapled together and handed out to the neighborhood kids. It included a recipe of the week, a health tip (mom was a nurse), a silly cartoon and tales of neighborhood happenings.

Writing about who won the swim meet, when the next school carnival would take place and how to treat a bee sting seemed to satisfy my nosiness and desire to write stories.

That was true at least until June, 1979, shortly after my 11th birthday.

I must have overheard my parents talking or read something in the local newspaper. Maybe my best friend told me or I saw a story on the television news. The details are fuzzy, but somehow I got word about what had happened on Allegheny Drive, six blocks from my house.

In the wee hours of June 11, 1979, a man crawled through a 3-year-old child’s unlocked window, leaving muddy footprints behind him. The child’s mother, a 35-year-old housewife, and her husband, a 35-year-old Hayward businessman were asleep in the next room, but something woke the woman.

There in their bedroom, standing at the foot of their bed was a young, stocky man with brown hair and a slight slouch. He smelled of sweet talcum powder. He wore a dark T-shirt and a sweater and was shining a flashlight at the couple.

He held a gun and spoke with a “raspy whisper forced through clenched teeth,’’ according to background on the case from the web site Cold Case EARONS.

"Neither one of you motherf**kers move or I'll blow your f**king heads off. All I want is money,’’ he hissed.

He pressed his gun against the husband’s temple and ordered the wife to tie his hands with shoelaces that he tossed at her.

Then the intruder tied the woman’s hands and both their ankles.

He said all he wanted was their money.

He forced the wife into the den and gagged the husband with a yellow hand towel, checked the restraints and pulled the bed sheet over him.

Then he lined several perfume bottles along his back.

"If I hear the bottles jingle, I'll blow your f**kin' head off." He cocked the gun and pushed it against the man’s head.

He left the room and went to the den, where he raped the woman.

He finally left the home and the couple called police.

The late-1970s in Danville were a different time. It wasn’t unusual for kids to spend their summer days hunting for pollywogs at the local creek, riding bikes downtown to get ice cream or riding the public bus with friends to the shopping mall. As long as we were back by the time the street lights went on, all was well in the world.

As word spread about the heinous crime, my curiosity piqued.

I got on my skateboard and headed to the street with my Hello Kitty diary in hand. The exact house where the crime occurred, as memory serves, was a mystery to me. But just being near the “crime scene” seemingly satisfied my need to be near the story, to hunt for details, to try to get to the truth.

I sat on the street corner for hours. I rode my skateboard up and down the sidewalks.

What was I looking for?

What did I think I would find?

I wished for a slow-moving police car to pass by and longed for someone to peek from behind the blinds. Every car that rolled by caught my attention. I scrounged the ground for “clues,’’ but all I found was discarded Jolly Rancher wrappers and aluminum pop tops.

I gave up, went home and abandoned the story about the East Area Rapist for The Mustang Monitor.

Recently, I had been looking into the East Area Rapist (now referred to as the Golden State Killer) as California officials and the FBI had renewed interest in the cold case, and a book about the serial rapist and murderer, “I’ll be Gone in the Dark,”’ had soared to the New York Times bestseller list.

There were new clues, new evidence and I had started some reporting for a story here at KTVU.

On Wednesday morning before I arrived at the station, my editor sent a text: “They arrested the East Area Rapist!!!!”

I dressed, sped to the newsroom and was quickly assigned a story as part of our team coverage. It wasn’t the story of the Danville rape, but my curiosity got the best of me again and I dug up the details of what happened on that June night some many years ago.

Copies of the Mustang Monitor are dusty, torn and buried in boxes somewhere. But they are a forever testament to early longings of a journalist who has long sought the truth.