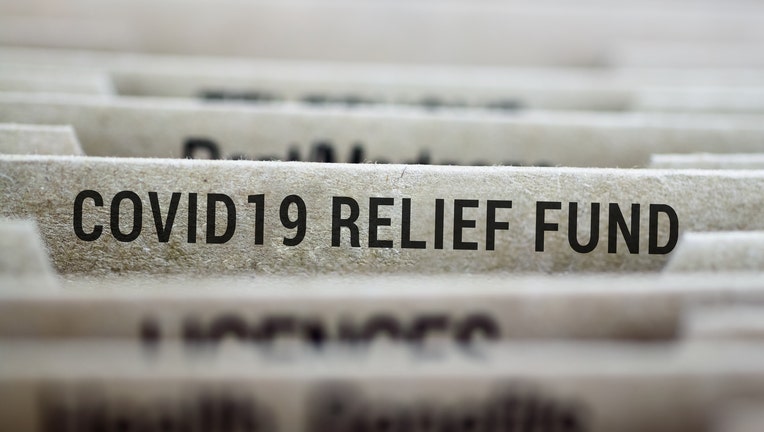 Personal loans can help fill the gap as you await coronavirus relief. (iStock)

The ARPA, which became the chief priority of Congress following the inauguration of President Joe Biden, includes hundreds of billions for aid to state and local governments, vaccine distribution, health care subsidies, unemployment benefits and more.

The bill also includes stimulus checks of up to $1,400 for taxpayers and up to $3,600 in child tax credits for parents.

"Today is an historic day," House Speaker Nancy Pelosi said in a letter to Congressional Democrats. "It is a day of fulfillment as the Democratic House passes the Biden American Rescue Plan, joining in President Biden's promise to the American people: help is on the way."

Following the Senate's approval on Saturday, the House voted 220-211 in a party-line vote, with just one Democrat dissenting, to send the bill to Biden's desk.

Biden is expected to sign the bill later this week. The bill is the third pandemic-related relief bill Congress has passed over the last year, totaling more than $4 trillion in federal spending.

Rep. Barbara Lee, D-Oakland, applauded the bill's passage but argued it is but one of many steps toward the country recovering from the pandemic.

"For too long, the American people were told they had to navigate this crisis on their own, hospitals lacked (personal protective equipment) and ventilators to treat patients, and millions of families struggled to keep food on the table and a roof over their heads," Lee said in a statement.

"Today, we finally passed a relief plan that meets the scale of this crisis that will help save the lives and livelihoods of millions of people across our country," she said.

California will receive roughly $43 billion in funding from the bill, including $16 billion specifically for local governments.

"The American Rescue Plan is what we need to beat COVID, safely reopen schools, deliver relief, and ensure an equitable recovery for everyone," Huffman said. "The vast majority of people in America support the president's plan, and today House Democrats honored our promise to deliver relief for the people."

Rep. Jackie Speier, D-San Francisco/San Mateo, called the bill "transformative" and argued it is one of the most aggressive anti-poverty actions Congress has taken in more than 50 years.

"For the first time we are protecting our children while also addressing the crippling devastation that the COVID-19 pandemic has wrought on small businesses, schools, our health care industry, frontline workers, and hardworking Americans who are the backbone of our economy and country. ... For once, we're putting our money where our mouth is," she said.