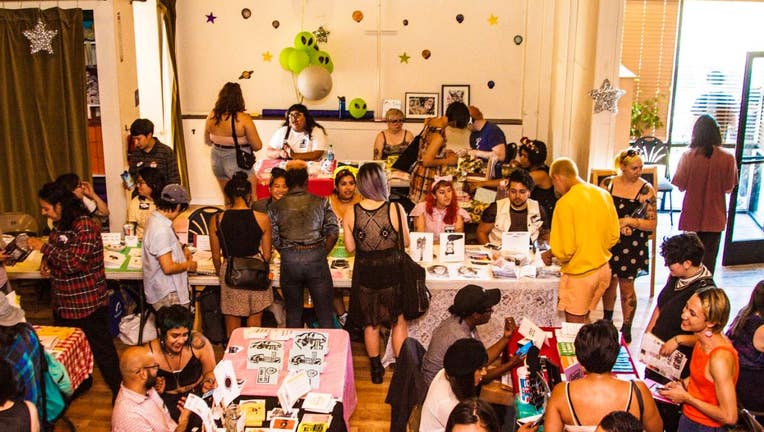 OAKLAND, Calif. - The phrase “safe space” can be triggering for right-wing conservative bots and trolls. Their response on social media is often a retort that includes the pejorative “snowflake.”  Yet safe space and community is something Bay Area Queer Zine Fest is committed to providing.

The hyper-specific festival is this Sunday at Oakland’s Humanist Hall.

40 different international, national and local vendors from across the LGBTQIA+ spectrum will be represented, and will sell their personally published works of art—physical ephemera that include narratives, drawings, and poetry in DIY fashion.

“Homosexuality is illegal and punishable by death in so many countries,” says L. Herreda-Rios, one of the event’s organizers. She says it is important to highlight queer existence and to include POC perspectives, especially in the Bay Area arts.

“The aim is for a wider platform and representation. In pop culture, we’re represented as flamboyant or dramatic. That is just so one sided. We’re all people with regular emotions. No matter who or how we love,” Herreda-Rios says.

While the event’s title hones in on the word queer as more of a nuanced and umbrella term for sexuality and sexual orientation, they hope this makes the fest inclusive and inviting.

“We only accept queer artists,” Herreda-Rios explains. They aim to highlight a wide range of subject matter through fine art and writing. “We’re focusing on queer artists, but not queerness itself. We just happen to be queer.”

Queer allies are welcome to attend and to volunteer at the fest, but McDermott stresses, “It’s a fest for us, by us.” 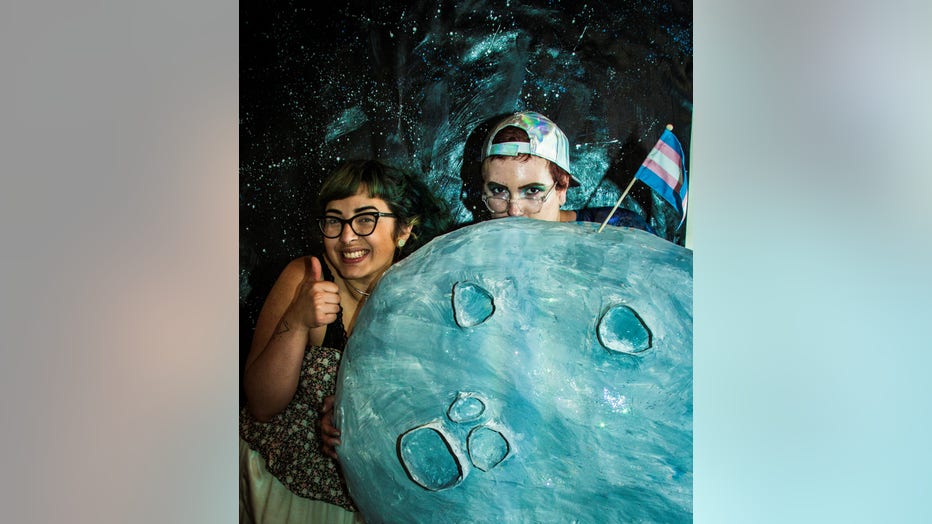 McDermott got into zines in 2012, finding them on Tumblr, when they had just graduated college. As someone who identifies as non-binary, McDermott was attracted to themes of gender, queer identity, and mental health. Many of the zines they read are by other non-binary authors.

McDermott says their attraction to zines was that they were “book-like, but way shorter” and could still manage to tackle academic topics.

They started making their own zines digitally with MS Paint, and Word, but have moved on to the more traditional process— cutting images by hand and using a copy machine. They even started their own zine distribution called Queer Anxiety Babies.

Both organizers were surprised there wasn’t a queer-centric zine event in the Bay, so they provided their own.

This will be the third installment of the event and they expect a big turnout. They did not hold the fest in 2019 because they wanted to focus on making this year’s event their biggest yet.

“We had three times as many applicants this year than the first year,” Herreda-Rios said.

Sunday’s free main event is preceded by a “cute and cozy” Bay Area Queer Zine Fest Reading at E.M. Wolfman Bookstore, Saturday in Oakland. Table vendors will have a chance to mingle before they after party to karaoke at the Starline Social Club.

As for zines, “Everyone should get their hands on one and feel empowered to make your own story and share your experiences,” said McDermott.