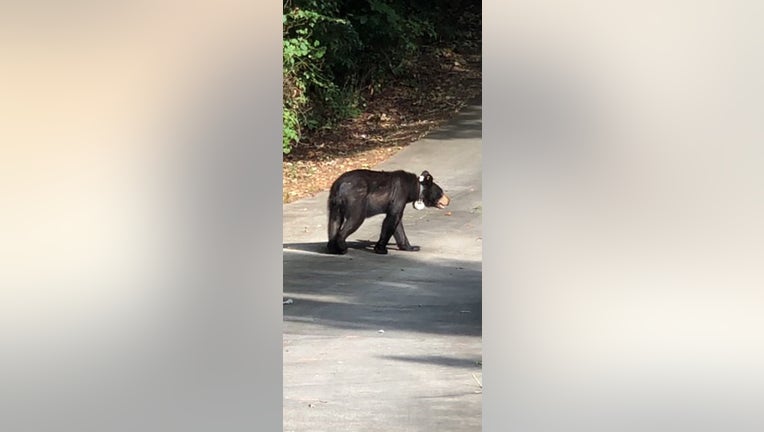 A bold black bear with a reputation for looting campsites and backpacks has wowed researchers once again.

Bear 609, a black bear in Great Smoky Mountains National Park, had to be relocated for exhibiting "food-conditioning behavior," or what happens when bears get accustomed to eating food and garbage from people, explained Bill Stiver, a wildlife biologist for the park.

"We did try to do some things to prevent moving her the first year," Stiver said. "We let her go back in the same location, and often it will put that fear of people in them, but she returned the next year, getting food out of fire rings and challenging people for their backpacks."

National Park Service officials moved Bear 609 from Great Smoky Mountains National Park to Cherokee National Forest, about 45 or 50 miles from where she was caught. She was fitted with a GPS tracker before being released. 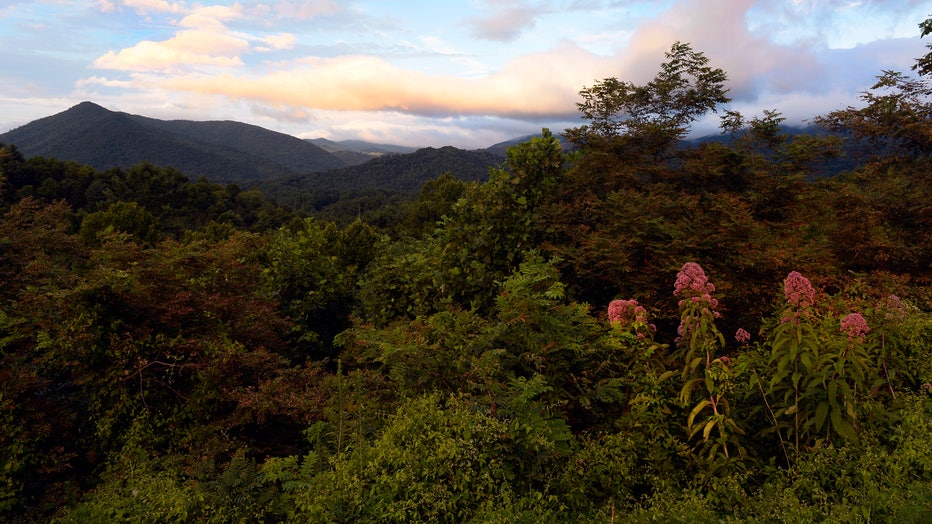 A view of the Cherokee National Forest from the west bound I-26 scenic overlook in Unicoi County, TN on August 04, 2016 (Photo by Bryan Steffy/Getty Images)

From there, the bear "almost immediately" started traveling south, trekking through Georgia and South Carolina before circling around Asheville, North Carolina. She headed north from Asheville and reentered the national park, eventually making it within five or six miles of where she was caught on July 8.

"Frankly, I thought she would just go back to where we caught her because a lot of bears do that," Stiver said. "That circle around those few states was 300-400 miles." 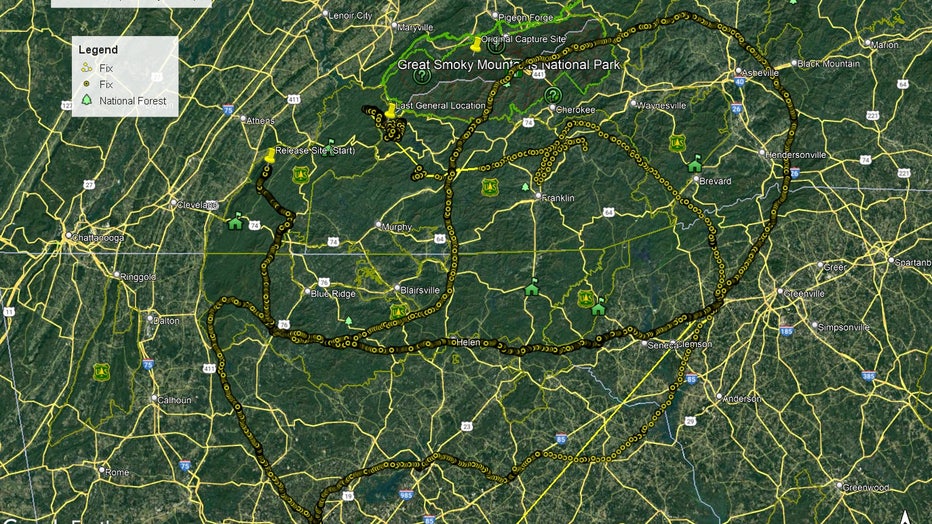 But Bear 609 wasn’t done with her travels yet. She turned south again and did an even bigger circle, about 450-500 miles through Georgia, South Carolina, North Carolina and Tennessee.

She was even spotted at a shopping mall in Alpharetta, Georgia, where she was hit by a car. Still, she kept going, crossing major interstates and passing through urban areas.

READ MORE: These animals are champions in this year’s Comedy Wildlife Photography Awards

Now, her trackers believe she’s denned in Tennessee, back in Cherokee National Forest "about 20 miles from where we dropped her off."

Stiver is one of the researchers for a three-year study tracking what happens to black bears when they're relocated from the park.

Why she traveled as far as she did is still a mystery.

"As we’re doing this study we’ve seen a few bears make some very long distance moves, but this is by far the longest," Stiver said.

Bear 609 is lucky: Stiver said about two-thirds of relocated bears die within four-five months. That’s why it’s so important to educate people on reducing human-bear conflicts and preventing them from getting to food and garbage. 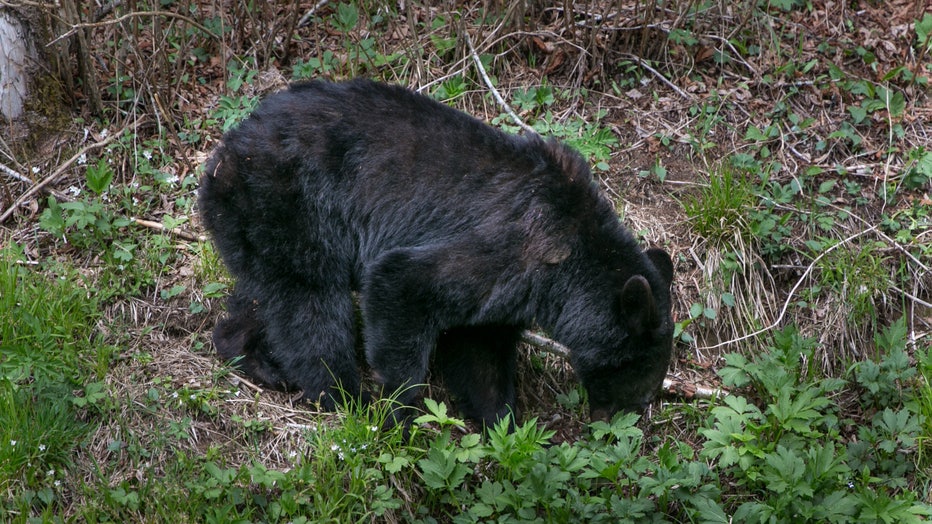 A black bear searches for food along the Tennessee border at Newfound Gap on May 11, 2018 near Cherokee, North Carolina. The Great Smoky Mountains National Park straddles the Tennessee and North Carolina borders in the heart of the Appalachian Mounta

Bearwise.org is a great resource for learning what to do — and what not to do — if you live or recreate in areas with bears, he said.