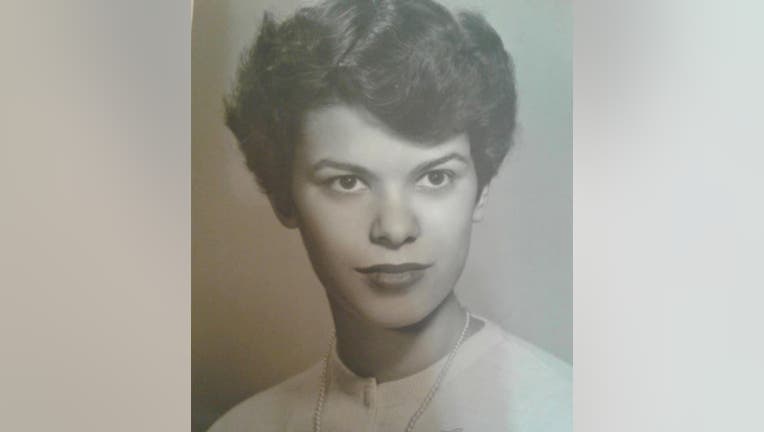 Dolores Wulff, a woman who went missing from Yolo County in 1979 has been ID'd as the torso that washed up on the Benicia shoreline 41 years ago.

BENICIA, Calif. - Benicia Police Department announced on Thursday that they have positively identified a torso that washed up on the shoreline 41 years ago.

Police say the case reopened in July this year when the Doe Network contacted Solano County Coroner’s Office and suggested a body found in 1979 might have been matched with an identity. Detectives determined that was not the case, and that the identity was not related to the torso.

However, a persistent sergeant expanded the search of missing women from 1979 from the areas of Sacramento to San Francisco.

Based on Benicia detective Sgt. Kenneth Hart’s findings, 11 results returned similar, but one stood out in the case of Dolores Wulff.

Wulff went missing on the night of July 31, 1979 from her home in Woodland in Yolo County. At the time, her husband was considered a suspect and arrested, but ultimately the case was dismissed for a lack of evidence. Her husband died in 2005.

Over the years, family and friends worked to help solve the case and find answers. Wulff left behind four children, one of which was swabbed for DNA at Sgt. Hart’s request in conjunction with the Yolo County Sheriff’s Office.

Investigators, with cooperation from Solano County Sheriff’s Office, determined the DNA was a match with the exhumed body found in 1979.

Confirmation came from the Department of Justice’s DNA lab this week that the femur bone from the partial recovered body was in fact that of Dolores Wulff’s.

“We are so glad to be able to bring a sort of closure to the Wulff family after decades of uncertainty,” Interim Chief of Police Mike Greene said. “I am also proud of Sgt. Hart and his team’s tenacity on this case.”

“This case has haunted my office and, in fact, all of Yolo County since 1979,” Yolo County Sheriff Tom Lopez said. “Countless hours were spent investigating Dolores Wulff’s disappearance. It is my hope that this provides some closure to the family who has suffered so much. I am grateful for the dedication and professionalism of our law enforcement community who made this identification possible, including the members of the Benicia Police Department for their incredible efforts.”

The Doe Network is a volunteer organization that assists investigating agencies in bringing closure to national and international cold cases concerning missing and unidentified persons.