BENICIA, Calif. - A dog that had been missing for 12 years was reunited with its owner in Benicia.

An animal services officer near Stockton received a call on Feb. 10 about a stray dog that didn't appear to be doing well.

When the officer scanned the dog for a tracking chip, he found out the canine, named Zoey, had been reported missing from Lafayette in 2010. 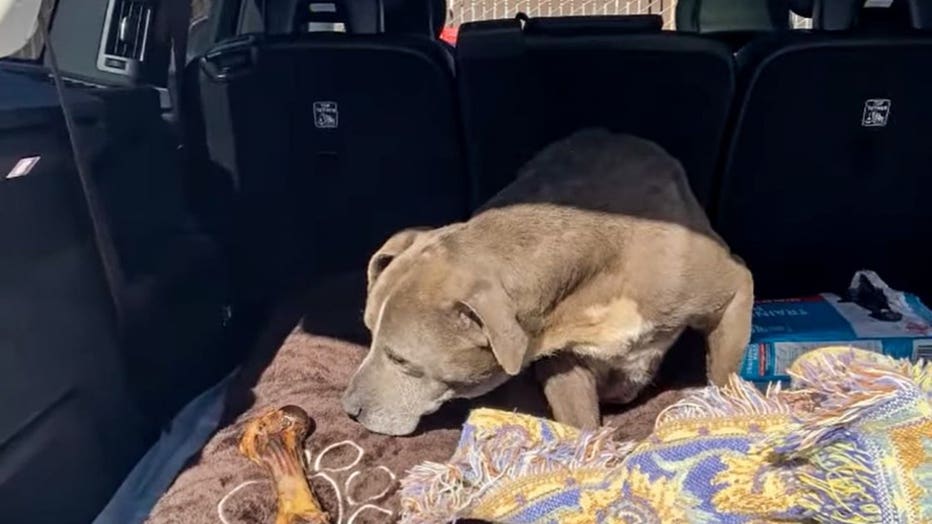 Benicia owner was reunited with her dog Zoey after 12 years.

"Honestly, I'm still in shock, I definitely didn't expect this to ever happen, so I'm really excited, hopefully, bring her back, get her healthy, let her live the rest of her life," said owner Michelle.

Zoey had been lost for so long that the microchip company listed her as deceased in their records.

When the officer called the number assigned to the chip it was discovered that the owner still had the same phone number, and now lives in Benicia.

The remarkable reunion was documented by the San Joaquin County Sheriff's Office.

The owner said she had adopted Zoey when she was 6 months old. The day they lost Zoey, they had gone into a store for about 20 minutes, and returned to find her missing.