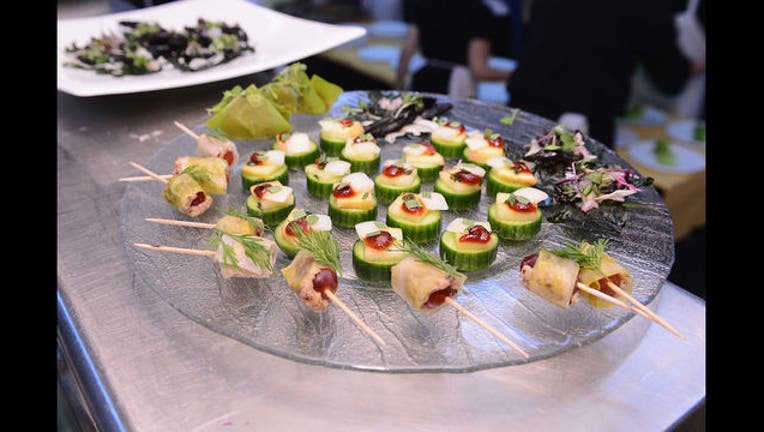 BERKELEY, Calif. - Don’t expect to be served a turkey sandwich or a plate of meatballs if you’re invited to a Berkeley-hosted event on a Monday.

The Berkeley City Council on Sept. 13 unanimously adopted a resolution to serve plant-based, or vegan food, on “Green Monday” in an effort to educate residents on the “impacts of their food choices on climate change and the environment.”

Green Monday USA coordinator Amy Halpern-Laff told KTVU on Monday that Berkeley is the “first city in the world” to enact such a program, which includes reading materials and posters distributed throughout the city and libraries.

And the idea follows on the heels of Berkeley declaring a “climate emergency” in June, the second city in the country only after Los Angeles to do so.

“It’s not wacky,” said Councilwoman Kate Harrison, “in the way that people think about Berkeley. We’re innovators. We were the first to have curbside recycling. We’re proud to be committed to environment.”

Harrison said she was inspired to write this resolution after watching a film about animal husbandry and how taxing that is on the earth.  Her resolution noted UN Food and Agriculture Organization estimates, indicating that the livestock sector contributes 14.5 percent of anthropogenic GHG emissions, more than the entire transportation sector – cars, trains, planes and ships – combined.

“By systematically reducing meat and dairy consumption, the citizens of Berkeley can accomplish two objectives; substantially reducing our collective greenhouse gas emissions and serving as a model for other municipalities across the country and around the world,” the resolution states.

Green Monday is a step beyond “Meatless Monday,” which Berkeley enacted in February 2015, and only encouraged people not to eat meat, Halpern-Leff said.

Harrison insists her resolution isn’t against meat entirely. She eats it herself. She’s just hoping people will be more mindful of how much they consume. She also noted that the city doesn’t host too many events on Monday; and the city council meets on Tuesdays.

As for her favorite vegan dish? “Veggies and couscous,” she said.