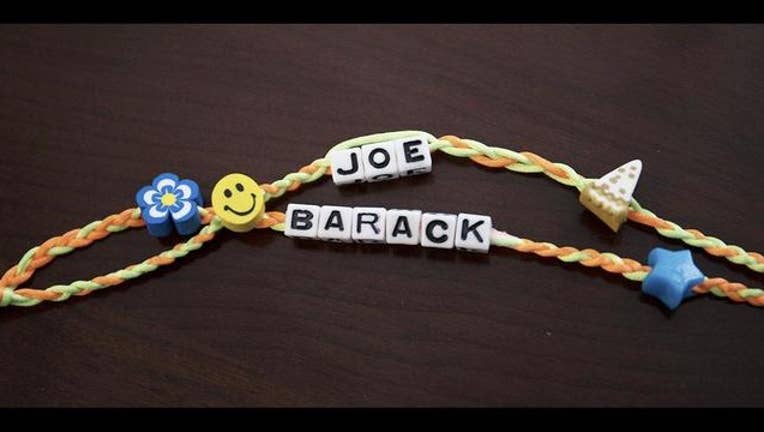 On Saturday, the former vice president posted a photo of an interlocking twine friendship bracelet with the names Joe and Barack spelled on it, adorned with decorative beads of a flower, smiley face, pizza, and star. The tweet was captioned:  "Happy #BestFriendsDay to my friend, @BarackObama."

The close relationship between Biden and Obama has been well-documented with numerous memes and photos that have been widely circulated during and after the eight years the two were in the White House, showing the pair laughing together, making each other laugh, often with their arms around each other.

Before leaving office in 2017, Barack Obama surprised his vice president with highest civilian honor, awarding him the Presidential Medal of Freedom. During the emotional ceremony, the president said he was proud to award the honor to Biden, whom he called "my brother."

The tweet on Saturday received mixed reaction on Twitter, where some got nostalgic for the duo and recalled the legendary "bromance" between the president and V.P. which later morphed to be known as a "BROTUS."

But Biden's tweet also resulted in a lot of mockery and criticism aimed at the presidential candidate. Critics said the post was a self-serving attempt to remind voters of his connection to the former president.

Others reacted by questioning the friendship, noting Obama has not formally endorsed Biden in his 2020 run. "He's such a good friend that he wont endorse you for President..." Tim Young tweeted.

Shortly after announcing his candidacy in April, Biden told reporters that he requested his former boss not to issue an endorsement. "I asked President Obama not to endorse," he said. "Whoever wins this nomination should win it on their own merits."

While there was no official endorsement, there were words of friendship and support.

“President Obama has long said that selecting Joe Biden as his running mate in 2008 was one of the best decisions he ever made," Obama spokeswoman Katie Hill said in a statement. "He relied on the Vice President's knowledge, insight, and judgment throughout both campaigns and the entire presidency. The two forged a special bond over the last 10 years and remain close today."