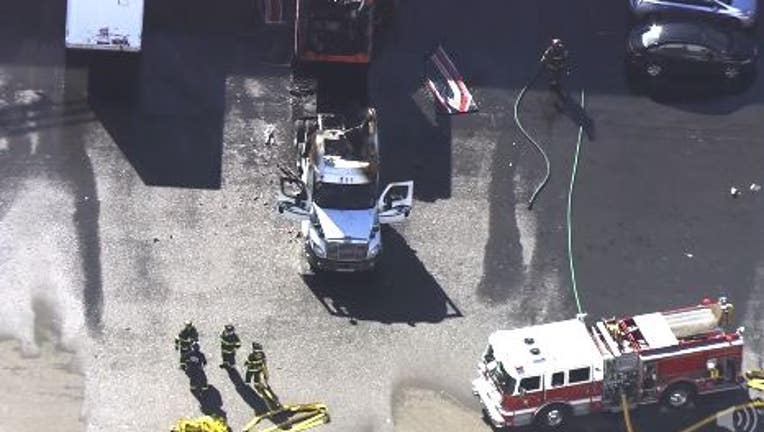 SkyFOX was above the scene involving a big rig truck and a Union City building.

The blaze is located at Alvarado Niles Road and Central Avenue, according to a tweet from Alameda County fire shortly after 11 a.m.

The occupants of the vehicle were able to exit and the fire did not extend in the building, officials said.

It was not immediately clear if the vehicle caught fire before or upon impact with the building.

The public is asked to avoid the area.