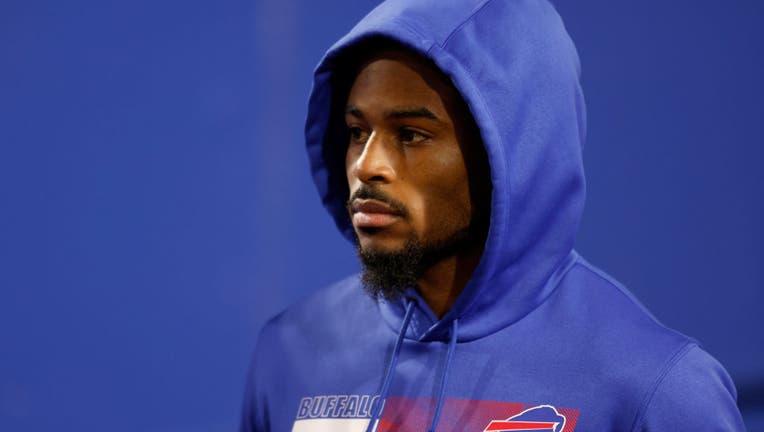 ORCHARD PARK, NEW YORK - JANUARY 16: Isaiah McKenzie #19 of the Buffalo Bills walks to the field prior to an AFC Divisional Playoff game against the Baltimore Ravens at Bills Stadium on January 16, 2021 in Orchard Park, New York. (Photo by Bryan Benn

McKenzie, 26, shared the update on his Instagram Stories Saturday morning, showing his vaccination card with a caption that read "for the greater good."

On Thursday, McKenzie shared a letter from the NFL informing him that he had been fined $14,6500 for violating the league’s mask policy while in a team facility.

Wideout Cole Beasley, who entered a five-day reentry process earlier this week after he was around a full vaccinated Bills trainer who tested positive, said he was also fined.

Beasley and three other players, all who are unvaccinated, tested negative but were required to be removed from the facility, per league policy. A vaccinated player who tests negative after coming in contact with a positive case would not be subject to the five-day reentry process.

"There’s people’s livelihoods at stake in terms of, you know, people’s jobs, people’s performances… is judged off of wins and losses or how well a person does ‘X’ or ‘Y’ and some of that is dependent upon other members of the team," he told reporters on Thursday.

"If this were a real [regular season] week, having the players out that we’ve had, that makes it hard to win games that way. That’s the competitive piece of this."