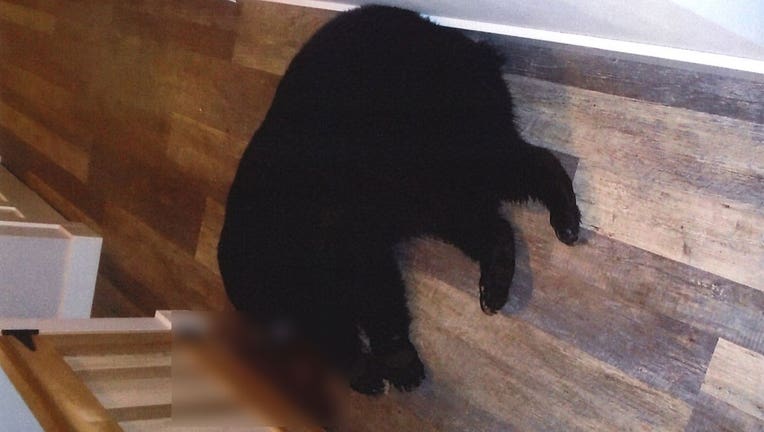 A photo of the bear inside the Wisconsin home. (Taylor County Sheriff's Office)

MEDFORD, Wis. (FOX 9) - A Wisconsin couple is recovering after a black bear charged into their home, attacking both of them.

The Taylor County Sheriff's Office says they were called at 11:11 p.m. for the attack at the home just west of the city of Medford in northern Wisconsin.

Deputies say the couple noticed the bear eating from its bird feeder. They opened a window to shoo it away. Instead, they say bear charged toward the home, broke through the window and got into the house.

The bear attacked both the husband and wife, despite efforts by the wife to protect herself with a kitchen knife. The couple both suffered "numerous bites and injures from the attack," the sheriff writes.

Eventually, the husband was able to get a gun and shoot the bear, killing it. The couple was treated for their injuries and have since been released from the hospital. Thankfully, the couple's children, who were at home and asleep at the time of the attack, weren't hurt.

The Wisconsin DNR has taken possession of the bear's body for testing. The bear was with a cub at the time of the attack. The couple says the cub ran away when the bear charged at them.

Black bears are typically not aggressive creatures and usually stay away from humans. For more information on reducing conflicts with bears, you can click here.