Footage, filmed by Brighton Peachey, shows a bear stalking the family along a Canadian hiking path.

A young family from Utah recorded a scary encounter with a black bear during a hiking trip last week in Whistler, in the Canadian province of British Columbia.

This footage, filmed by Brighton Peachey, shows a bear following the family along a hiking path.

"OK, he’s following you, babe," she says to her husband, who glances nervously over his shoulder as he walks with one of the kids.

Peachey reminds them, "do not run," as they slowly walk away from the animal.

The couple then shouts and waves their arms in an attempt to scare the bear off. 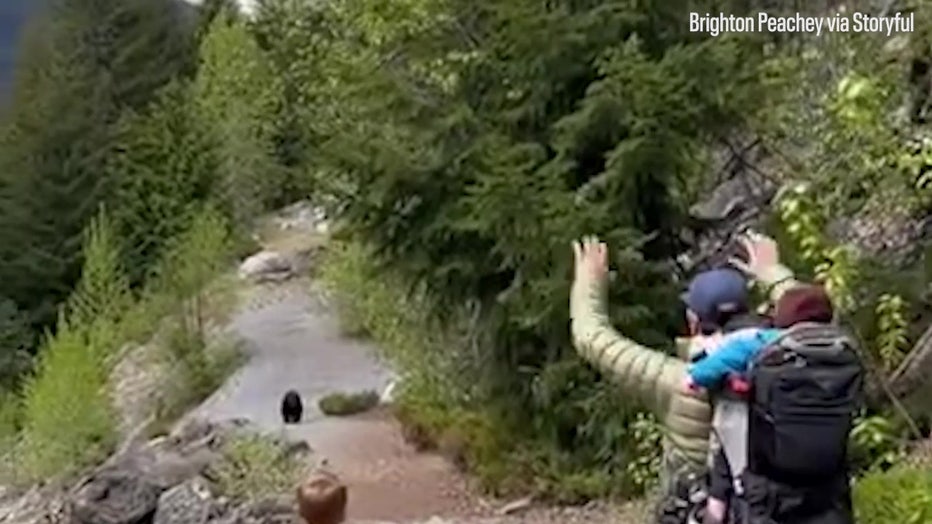 In an Instagram post, Peachey later said, "We later learned they’ve had to close this area multiple times because of this bear’s increasing aggressive behavior."

"This was scarier than the time I was mock charged by a bear because I had my kids with me & felt helpless. The bear was not intimidated by us at all, he just kept following us."

According to news reports, the bear followed them for 20 minutes – about a half-mile – before it trailed off. It never became aggressive towards the family.

Wildlife experts say if you encounter a bear in the wild, you should stand your ground, never run away or play dead, and stay calm while allowing the bear a chance to leave.