Sales per employee in August 2019 were found to be 40 percent higher compared to a year prior, while total working days were down 25.4 percent.

CHARLOTTE, N.C. - Bojangles, a regional restaurant chain known for its fried chicken and biscuits, is closing all company-owned stores for two days to give its 8,000 employees a "well-deserved break" — though they won’t be paid.

The chain closed its stores on Monday, Aug. 30, and will close them again on Sept. 13. All locations will reopen at their regular times the following Tuesday.

Bojangles said in a statement on its website that the days off are intended to give its crew members and managers an opportunity to "rest and recharge" after facing difficulties during the ongoing coronavirus pandemic. When asked if employees would be compensated during the time off, a company spokesperson told the Associated Press that the two days would be unpaid.

The Bojangles spokesperson added that many crew members have been working overtime and the company thinks they would benefit from having a couple of days off. Bojangles said it would offer employees opportunities to work additional hours if they choose.

The Charlotte, N.C.-based company said in its announcement that the closures were also "in response to industry-wide labor shortages and other stresses put on its employees" over the past year and a half. The company said it will announce additional benefits "to further support the health and well-being of all its employees."

Bojangles, founded in Charlotte in 1977, now has fast food locations throughout the southeastern United States. 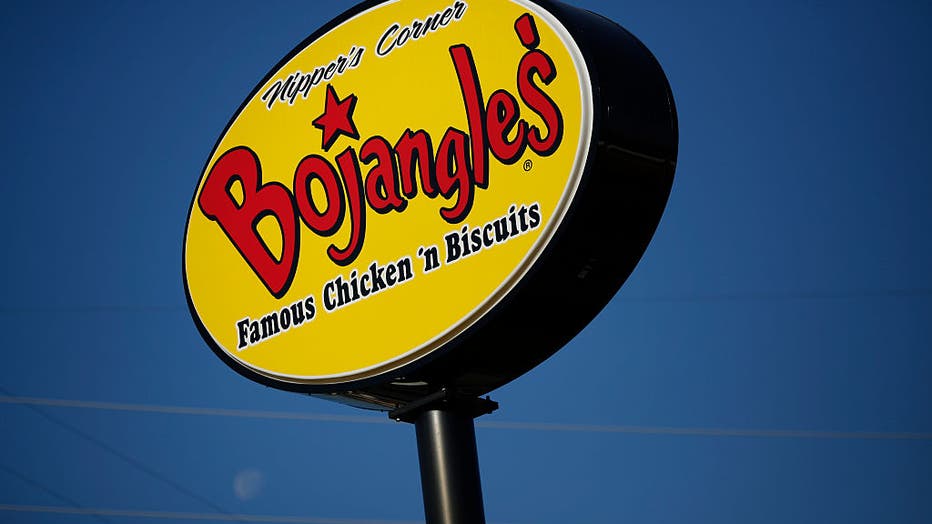 FILE - Bojangles' Famous Chick 'n Biscuits signage stands outside of a fast-food restaurant in Brentwood, Tennessee, on May 8, 2015. (Luke Sharrett/Bloomberg via Getty Images

"We appreciate everything our dedicated team has done for Bojangles this past year," Bojangles CEO Jose Armario said in the announcement. "From navigating a global pandemic to adjusting to new safety measures to picking up shifts for those unable to come in for work, we’ve asked, and they’ve delivered."

Armario continued: "But this hasn’t been easy, and we know many people are physically and emotionally drained, so we hope these extra two days off will provide rest and refreshment."

Other companies have given time off to employees to help combat burnout and the stress of the ongoing pandemic. LinkedIn gave all 15,900 full-time employees a paid week off in April, dubbed "RestUp!" week. Dating app Bumble did the same "fully offline" paid week off for workers in June.

Last week, Nike did the same for its head office employees to "destress."