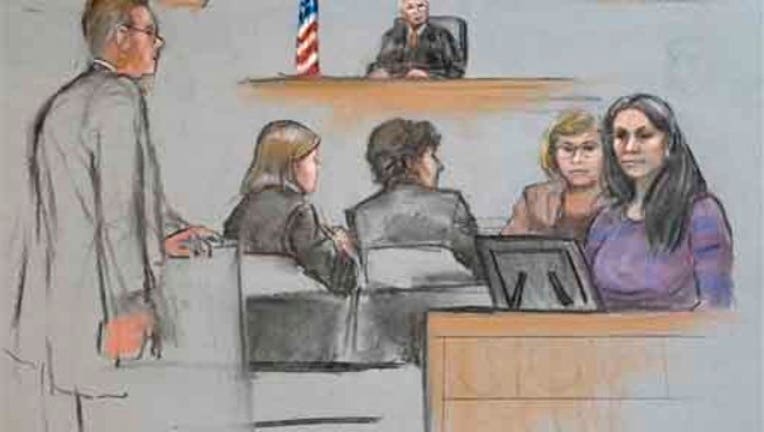 BOSTON (AP) — Boston Marathon bomber Dzhokhar Tsarnaev's father was diagnosed with post-traumatic stress disorder, claiming he was tortured in a Russian camp during the Russian-Chechen war in the 1990s, a psychiatrist testified Tuesday.

Niss took the stand during the penalty phase of Dzhokhar Tsarnaev's trial, during which the jury will decide whether the 21-year-old former college student should get the death penalty or life in prison for the 2013 bombing that killed three people and wounded more than 260.

The psychiatrist's testimony appeared designed to support the claim by Tsarnaev's lawyers about dysfunction in his family. The defense told jurors earlier that both of Tsarnaev's parents were diagnosed with mental illness.

Tsarnaev's lawyers are hoping his background — combined with their claim that he was heavily influenced by his volatile older brother, Tamerlan — will convince the jury he does not deserve a death sentence. Tamerlan was killed days after the bombing during a getaway attempt.

Dzhokhar Tsarnaev lived in the former Soviet republic of Kyrgyzstan and the Dagestan region of Russia before moving to the U.S. in 2002.

On Monday, for the first time since his trial began four months ago, Tsarnaev dropped his blank expression and wept as his Russian aunt sobbed uncontrollably on the stand. He grabbed a tissue and repeatedly dabbed his eyes and cheeks.

Five Russian relatives — three cousins and two aunts — took the stand for the defense Monday, portraying Tsarnaev as a kind and gentle child who cried while watching "The Lion King." The relatives had not seen Tsarnaev since he was 8.

"I think that his kindness made everybody around him kind," his cousin Raisat Suleimanova said through a Russian translator.

Federal prosecutor William Weinreb pounced, asking her if she believes a deadly attack on innocent civilians can be considered kind. Tsarnaev's lawyer objected, and Suleimanova was not allowed to answer the question.