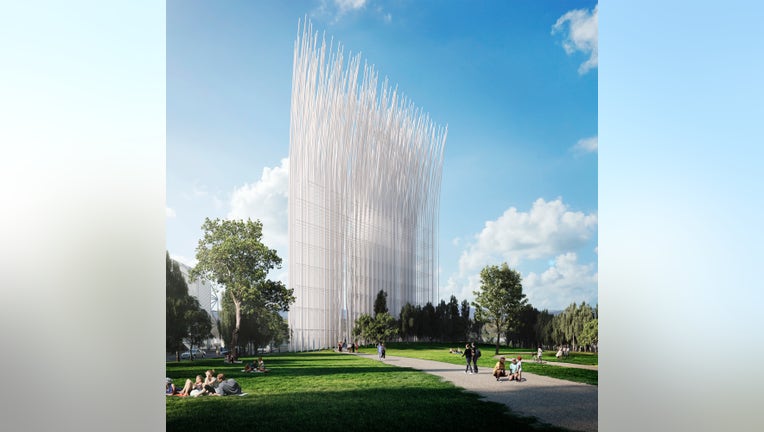 Designed by Fernando Jerez and Belén Pérez de Juan of SMAR Architecture Studio, this image shows Breeze if Innovation. It won a competition to design a future landmark in San Jose.

SAN JOSE, Calif. - A winner has been chosen in a competition begun years ago to create a world-class landmark for Silicon Valley.

The design calls for a 200-foot tall structure erected in a San Jose park and composed of hundreds of rods that sway in the breeze and generate enough electricity to power itself.

"The hundreds of rods represent the hundreds of different companies and individuals working together in Silicon Valley," according to a release about the design.

It also envisions a viewing platform and multiple levels of walkways for visitors.

Called the "Breeze of Innovation," it would be built in the Arena Green section at the southern end of Guadalupe River Park. 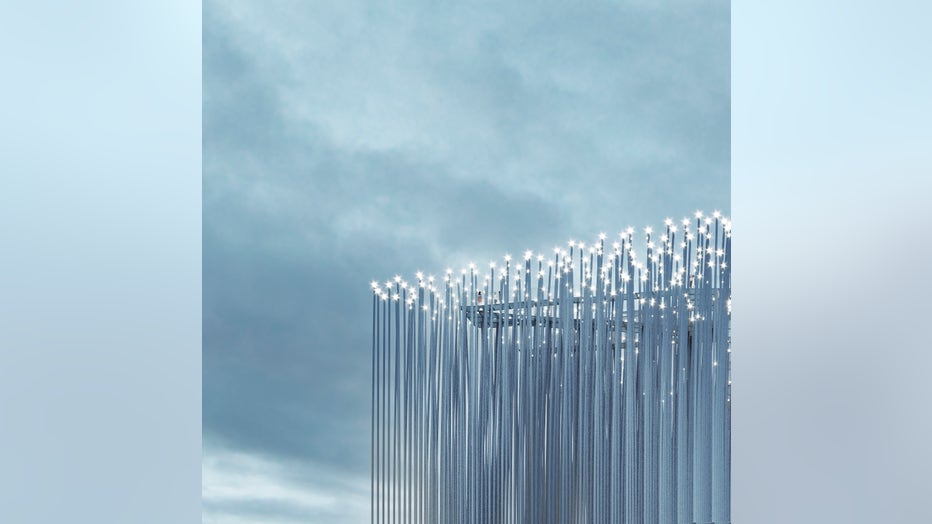 This handout shows a rendering of "Breeze of Innovation," the design that won a competition for a possible San Jose landmark.

"Silicon Valley is not about replicating the past; it’s about shaping the future," said Jerez. "Our goal from the beginning was to capture the ever-changing magic of Silicon Valley while also creating a deep connection with the San José community."

Their design also sets aside space to use for exhibitions and a cafe.

Construction is expected to start in two years.

At the inception of this campaign in 2017, organizers were calling for a light tower to be installed in Plaza de Cesar Chavez

Fundraising has brought in $2.5 million for the project, according to Urban Confluence Silicon Valley, which launched the effort. 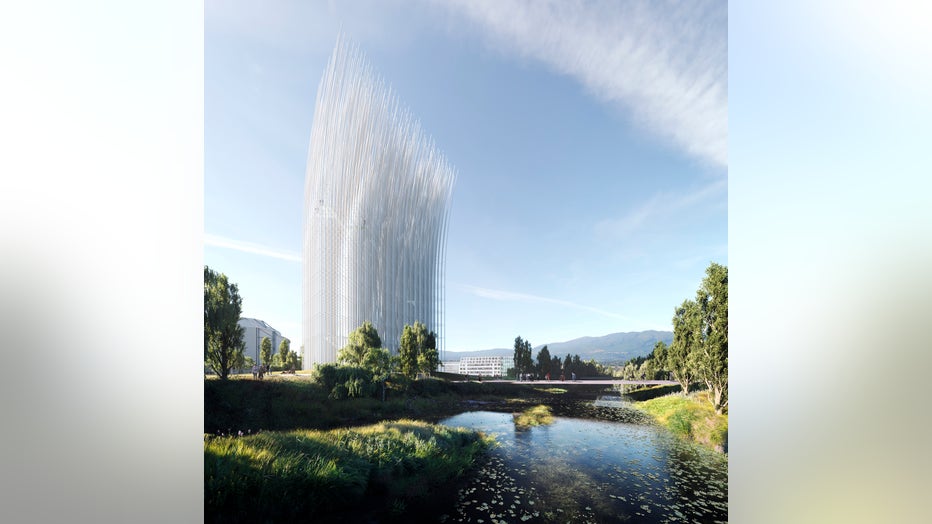 A view of the design of Breeze of Innovation, which was chosen as the winning design for a landmark in Guadalupe River Park