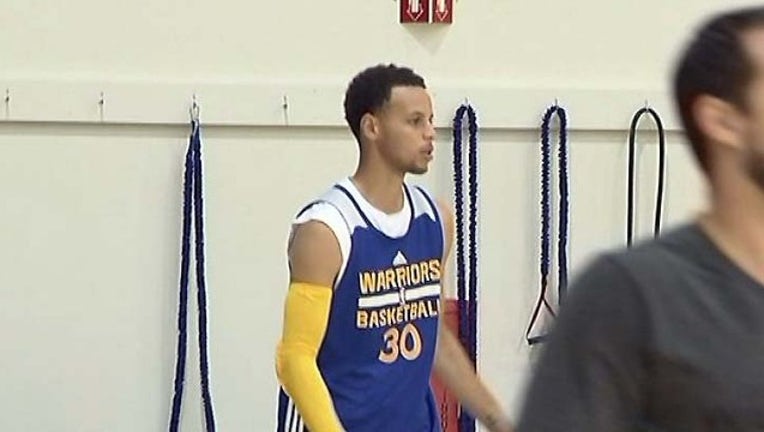 Curry suffered bumps and bruises when Houston's Trevor Ariza gave him a shoulder fake and he was upended and sent flying toward the court in Game 4.

"I've seen it plenty of times," Curry told reporters at the team's shoot around prior to Wednesday's game of his frightening fall. "I'm just real thankful I came out so well as I did."

The brunt of the fall was taken by his right side, leaving him with several bruises particularly on the elbow of his shooting hand. As a precaution, Curry will wear a protected sleeve and pad over his elbow. He tested it out during the morning shoot around.

"I shot pretty well with it, hopefully that will continue tonight," he said. "I don't wear them (protective sleeves) ever so it takes a little getting used to."

Curry said the fall will not impact the way he will play in Game 5.

"I won't think about it tonight. I won't jump on any pump fakes," he said with a smile. "I'll stay aggressive on offense and defense."

With a win Wednesday night, the Warriors will advance to the NBA Finals to take on the Lebron James-led Cleveland Cavaliers.