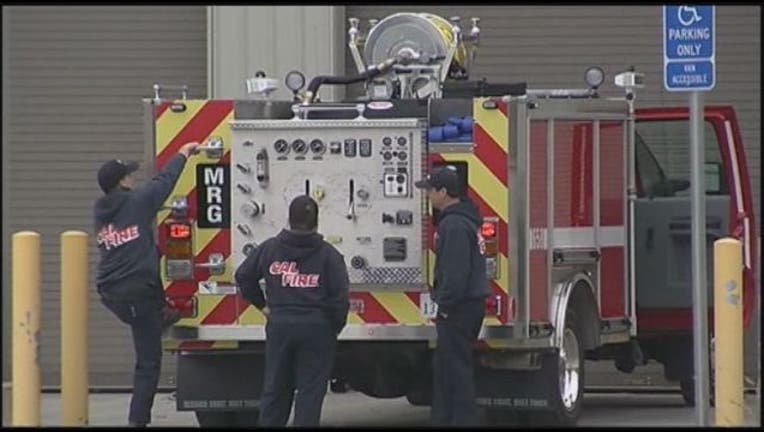 MORGAN HILL, Calif. (KTVU) - Only a few days of rain this month combined with a dry January could mean a potentially dangerous fire season ahead.

"If it looks anything like last year I would say yes it's going to be a very active year," said Cal Fire Division Chief Jim Crawford.

Cal Fire said it could be an active year given the combination of warm sunny days in the winter with periods of rain.

The combination is making way for vegetation to grow and possibly ignite larger drier fuels.

Cal Fire said a dry spring also means fires could spark ahead of the typical fire season that starts in April.

"Statewide we've had 160 fires already since the first of the year and typically we are looking at half of that normally," said Crawford.

The candidate pool was whittled down from 1,200 applicants. Cal Fire said it's a competitive process to ensure they hire quality firefighters.

"Every fire season they say it's going to be the worst fire season of all time so we'll see," said Nicholas Earnest who is a firefighter candidate.

Earnest drove three hours from San Luis Obispo in hopes to be selected. He anticipates this year's fire season to be a busy one. He's up for the challenge knowing he could help keep families out of harm's way.

"I'm concerned for the welfare of everybody who lives around the wildland areas," said Earnest. "They are at risk definitely but I mean that's why we are here."

Cal Fire plans to hire 100 new firefighters. Twenty of the hires will be based in the Bay Area.

Cal Fire hopes to have the firefighters trained and ready to go by the beginning of May.