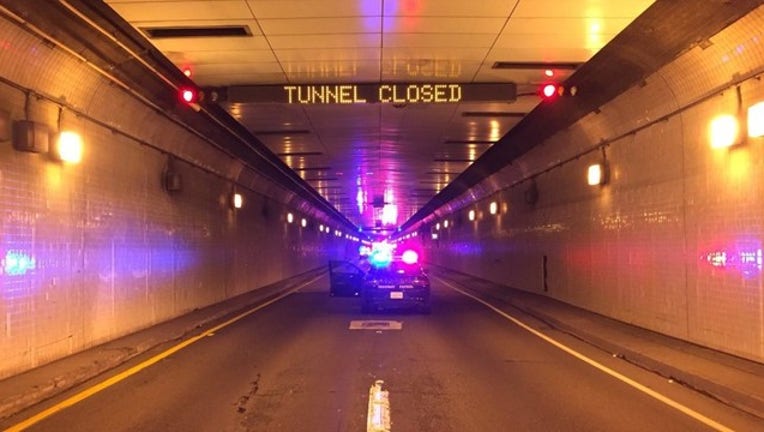 OAKLAND, Calif. (BCN/KTVU) - The California Highway Patrol reopened an eastbound bore of the Caldecott Tunnel shortly after 9 a.m., one hour after a crash shut down that bore Saturday morning.

The CHP had to issue a sigalert because of the accident.

Traffic had backed up due to the crash, reported about 8 a.m. in the left eastbound bore.

The collision involved a motorcycle and a sedan, the CHP said.

The right eastbound bore of the tunnel, connecting Contra Costa and Alameda counties on Highway 24, remained open to allow traffic through.

The person on the motorcycle complained about pains, and was taken to a hospital, the CHP said.

Traffic was also affected on Highway 24 this weekend due to two eastbound lanes closed at Oak Hill Road in Lafayette for a BART construction project.