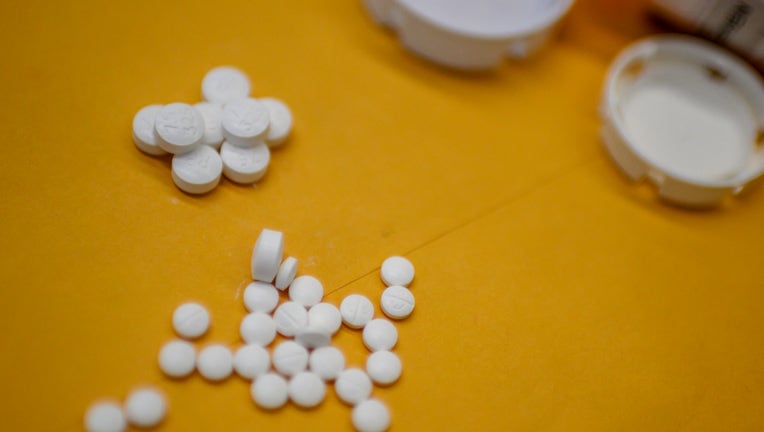 This illustration image shows tablets of opioid painkiller Oxycodone delivered on medical prescription taken on September 18, 2019 in Washington,DC. - Millions of Americans sank into addiction after using potent opioid painkillers that the companies

SANTA ROSA, Calif., - A federal jury convicted a 75-year-old California physician of prescribed an opioids and other powerful drugs to a patient who didn’t need them and who eventually died of an overdose, prosecutors said.

While running a pain management clinic in Santa Rosa, Thomas Keller prescribed drugs "in dosages that far exceeded the usual course of professional practice and was for no legitimate medical need," the U.S. Attorney’s Office said in a statement.

Jurors on Thursday found Keller guilty of four counts of distributing controlled substances outside the scope of his professional practice, prosecutors said.

SEE ALSO: Another person killed in Oakland as OPD teams up with U.S. Marshals to address gun violence

Keller was indicted in 2018. Evidence at trial showed Keller prescribed oxycodone, diazepam and carisoprodol to a woman who overdosed and died, according to prosecutors.

Keller could face 20 years in prison when he’s sentenced.